Leading with Your Weakness

Have you ever heard of the “church face”? It’s the face you put on only Sundays. It’s the spiritual face, the pious face, the face of someone who rarely falls into sins, who never has a doubt and who is always “happy with Jesus.” God help us if we forget to put that face on, and come to church with our doubts and fears, our alienation from God and our coldness of heart, all hanging out… Try it some time and observe the unmistakable sense from your fellow churchgoers that something vaguely unpleasant is in the air, like bad spiritual gas…
Priest Richard Rene | 30 November 2011

When I first learned how to prepare an effective resume, someone offered me a piece of worldly advice: “Lead with your strengths.” This often meant “massaging” my skills to match the given job requirements. If, for example, I had lots of time on my hands, I was “very flexible.” If I liked to socialize, I had “great interpersonal skills.” If, on the other hand, I was lacking in some area, the common wisdom urged me not mention it. Tardiness, sloppiness, the tendency to dip into the till—these qualities did not look good on a resume.

Lead with your strengths, conceal your weaknesses. The world lives by this adage. When someone asks, “How’s it going?” is there any response except, “Fine, thanks”? Try a different answer—the real answer—and watch the discomfort and perhaps even downright annoyance. For the world, we always have to be “Fine, thanks,” whatever may really be going on inside.

Our spiritual lives often fall prey to the same temptation. Have you ever heard of the “church face”? It’s the face you put on only Sundays. It’s the spiritual face, the pious face, the face of someone who rarely falls into sins, who never has a doubt and who is always “happy with Jesus.” God help us if we forget to put that face on, and come to church with our doubts and fears, our alienation from God and our coldness of heart, all hanging out… Try it some time and observe the unmistakable sense from your fellow churchgoers that something vaguely unpleasant is in the air, like bad spiritual gas… 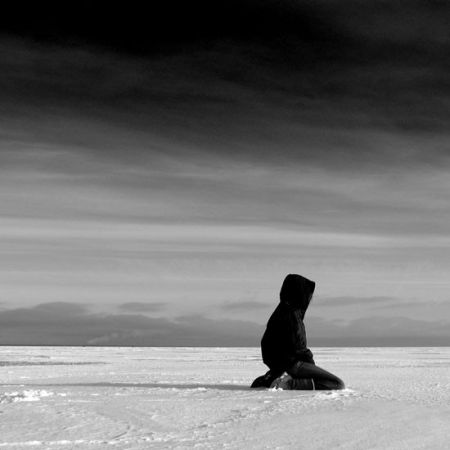 The heart of the Gospel proclamation is a paradoxical but powerful reality: the all-powerful God revealed Himself in all the folly, weakness, lowness and despicability to which human life can descend. Nothing could be lower for pious Jew of the first century than suffer the death of criminal and a heretic at the hands of gentiles. This, however, was precisely the fate that God chose in order to show who He is and the measure of His love for us. To put it simply: God led with His weakness on the Cross.

An early Christian story tells of some young monks went to visit Saint Anthony, the founder of monasticism. To test them, Anthony approached each with various texts of scripture, asking what they meant. Each of the monks, wanting to lead with his strength, offered his best interpretation, and to each Anthony said, “You have not found the right answer.” Finally, he approached a monk named Joseph and asked him to interpret. The monk replied, “I do not know,” and Anthony said: “Joseph has found the right answer because he said he does not know.”

Saint Anthony was not saying that the scriptures could not be interpreted correctly, but that more important than a correct interpretation was a recognition that we don’t have all the answers, that our so-called strengths are limited at best and illusory at worst.

So while the world continues to beat the drum of strength, we need not be afraid to live our lives in the key of “I don’t know,” because that is the truth. I don’t have all the answers. I am just a weak and uncertain human being. And that’s actually a good thing because in Christ all human frailty has become the very means to access the life of God. Those who work 12-Step programs already understand that admission of powerlessness is the key to finding the Higher Power. For everyone else, living as the weak and broken human beings we really are is not only the only honest and true way to go, it’s the only way to find God.