Listen For the Heartbeat of God 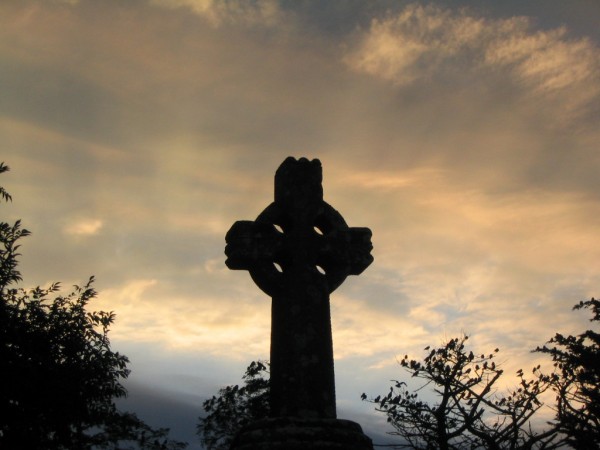 The Psalms are the hymnbook of the Bible, and became in due time the hymnbook of humanity. Saint Athanasius (296-373) wrote “the Psalter is a book that includes the whole life of humanity, all conditions of the mind and all movements of thought.” Joseph Hertz, (1872-1946) Chief Rabbi of England, said, “the Psalms translate into simple speech the spiritual passion of the scholar and give utterance, with the beauty born of truth, to the humble longing and petition of the unlettered peasant.”

The pattern of the Psalms informs Jewish and Christian prayer and worship, from Protestants to Roman Catholics to Orthodox Christians, but perhaps nowhere with the winsomeness and allure you find among the Celts. Celtic prayer is grounded in the melody of the Psalter and thus triads – as in “Christ above me, Christ below me, Christ within me” from St Patrick’s Breastplate – mark the prayers, firstly. The second characteristic scholars call parallelism. This is the striking note whereby one verse of a Psalm enhances the preceding one, sometimes by affirmation and sometimes by negation. A few examples:

“I will bless the Lord at all times; his praise shall be continually in my mouth” (Psalm 34:1 King James).

“The heavens declare the glory of God, and the firmament showeth his handiwork” (19:1).

Among the Celtic peoples, especially those of the British Isles, prayer was not so much a formal exercise as a habit of the heart. This we all could cultivate to great advantage. On a 60 MINUTES special on the monks of Mt. Athos, the mountain of faith on the coast of Greece, one monk answered a question put by the reporter, “I am praying all the time, even when I am speaking with you or responding to you.” The monk was referring to the Jesus Prayer – “Lord Jesus Christ, have mercy on me” – basic to Orthodox Christians. But such immediacy is the soul of all Christian and Jewish prayer, and it surfaces particularly in the Celtic tradition.

In the 19th Century, the civil servant Alexander Carmichael travelled through the Outer Hebrides, the land’s end of the north, off the coast of Scotland, because he knew that the folk tradition of prayer was dying off. He met with ordinary folk, not necessarily monks or priests or nuns, and caught both the vision and the words that underlay their prayer life. Carmichael compiled his findings in a volume called Carmina Gadelica, “Celtic Songs,” still in print and available through online search. The people sang their prayers, as did the ancient Israelites who wrote the Psalms. One writer has called this kind of prayer, “the music of what happens.” This is intimate prayer, prayer that simply celebrates the events of the day, the movement of the sun and clouds and rain, the tasks called for on farm or workplace. Listen:

God, bless thou thyself my reaping,
Each ridge, and plain, and field,
Each sickle curved, shapely, hard,
Each ear and handful on the sheaf.

This is prayer as the lilting song of the heart set free for God. Such prayer is as natural as breathing or walking or the rising of the sun. We are not too late for this feast of prayer. We can take it into our own hearts, so long as we are still and “listen for the heartbeat of God” (J. Philip Newell). In the quiet it will come. It will come.