We are witnessing a situation, when the Moscow Patriarchate, long accused of being in cahoots with the Kremlin, is making careful moves to distance itself from the most odious positions in regard to the post-election situation in Russia.
Andrei Zolotov Jr. | 21 December 2011 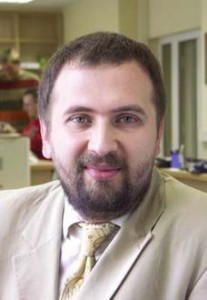 Finally, it is official! Patriarch Kirill, the leader of the Russian Orthodox Church, who had remained silent and out of sight ever since he voted, in front of television cameras, in the State Duma elections on Dec. 4th, made two consecutive statements last weekend on the political situation in the country. He said that there is a difference between a Divine Truth that is worth dying for and private truths, that are not worth dying for but that disunite nations with the help of the modern political system. That one should be wary of “information technologies” manipulating people. But he also said that the government should listen to the concerns of those who are protesting the elections, and called for a national dialogue to avoid a revolutionary scenario.

That means that the grassroots movement within – let’s be precise – noticeable parts of Orthodox Christians circles in Moscow and St. Petersburg, no more, but no less, has been heard by the hierarchy. We are witnessing a situation, when the Moscow Patriarchate, long accused of being in cahoots with the Kremlin, is making careful moves to distance itself from the most odious positions in regard to the post-election situation in Russia. Yet he by no means sides with the opposition. In the long tested practice of the church’s leaders, he makes his statements cautious enough so that people of varying convictions can interpret them as supporting their position.

“Let the Lord make wise all those who have different viewpoints, including those regarding the political situation in the country and the past elections, and helps begin a real civic dialogue, so that our national life, which is being reconstructed bit by bit with such a great effort, doesn’t get destroyed,” Patriarch Kirill said in his Sunday sermon. “But in order to overcome the misunderstanding, restore trust, make the society more consolidated and capable of moving into the future, the authorities have to relate to people with greater trust and foster this dialogue and communication, overcoming the misunderstandings and differences – so that no human temptations, no mistakes, no misunderstood service to the good of the country would not divide people. We no longer have the right to be divided. The blood shed in the 20th century, doesn’t give us such a right.”

First and foremost, the Patriarch resonates with the very widespread fear of a revolution – something that Russians have every right to fear after some four revolutions in the 20th century that shattered tens of millions of lives and destroyed the country at least twice. It is this feeling that keeps many Russians, especially those who remember the early 1990s well, from participating in the protest rallies and which generates distrust of some opposition figures among those who do go to the rallies.

But he also cannot but take into account the movement that emerged in some quarters of the Church during and after the Duma elections, which were marred by allegations of massive fraud. Despite the strong tradition of siding with the state, there was a series of articles by active and authoritative priests, mainly on the most popular independent Orthodox Christian news and commentary website Orthodoxy in the World (Православие и мир) www.pravmir.ru One of its regular authors, Priest Dmitry Sverdlov, became an election monitor – a function he carried out wearing his cassock, in and of itself a bold move. And later he described, in great detail and with literary talent, the manipulations with the bulletins and protocols that resulted in a United Russia victory. Another priest, Theodore Lyudogovsky, wrote an opinion piece deeming the elections Pharisaica.

A major discussion among Orthodox Christians broke out in blogs and social networks – some declared being ashamed of Vladimir Churov – the head of the Central Electoral Commission known as an Orthodox layman. Others questioned whether it is good for Orthodox Christians to go to the mass rallies (“Why does nobody ask whether Orthodox Christians should go to the bakery? The Constitution is for everybody!” – commented a very prominent Moscow priest Dmitry Smirnov). There were others yet, who raised hell about the “Orange threat” (a reference to the post-electoral uproar in Ukraine in 2004) which can undermine the authority of Prime Minister Vladimir Putin which, to them, is inseparable from Russia as a country and the interests of the Russian state, in turn, are inseparable of those of the Russian Orthodox Church. But it was not them who made the difference.

By Dec. 10th, when tens of thousands of people gathered at Bolotnaya Square, two very prominent church officials – Archpriest Vsevolod Chaplin and Vladimir Legoida – made balanced, but critical statements calling for legal ways to establish the truth about the elections and respecting the rights of the people. The New York Times noticed but few Russian media did.

One would say it is only natural for a Christian church to speak for justice and demand accountability from the government. Yet, for the Russian Orthodox Church, what has been happening in the past few weeks is a new development and its outcome is hard to predict. My explanation is purely sociological. The new middle class, which is unhappy with the election results and the manner in which the elections were carried out, is also present in the ranks of the Orthodox Church. But for them, this issue is colored in the terms of religious morality, in the terms of truth, the Truth and lies, whose father, according to the Gospels, is the Devil (John 8:44).

On the other hand, the issue doesn’t seem to have generated a similar uproar among Russian Muslims. The Muslim-dominated republics both in the Caucasus and in the Volga region consistently demonstrate a higher percentage of those voting for the “party of power.” Alexei Malashenko, an Islam expert with the Carnegie Moscow Center said the reason behind it may be different in each place. But one is the fear of internal divisions that may lead to infighting and thus, in the conditions of the Caucasus, almost inevitable bloodshed. But the report that the Ingushetia opposition had called the republic’s relatively popular president, Yunusbek Yevkurov, together with the head of the local electoral commission, to Sharia Court – although eventually denied by the local Islamic authority – is indicative of the simmering protest. “It means that people have no one else to appeal to,” Malashenko said. “They cannot go to Putin or Medvedev, so they went to Allah”. 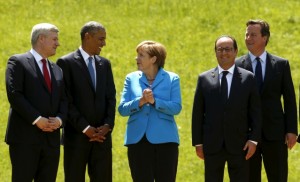 What We Want in Our Political…
Protopresbyter Thomas Hopko (+2015)

Some of us Christians don’t necessarily want our political leaders to be “observant Christians.” We know…