Natalya Mihailova | 20 July 2016
Minneapolis, Minnesota - A highlight of the 2016 Pan-Orthodox Music Symposium held in June was the opportunity to sing the new liturgical compositions of the post-communion troparia written by the Archpriest Sergei Glagolev, the preeminent composer of American Orthodox church music. 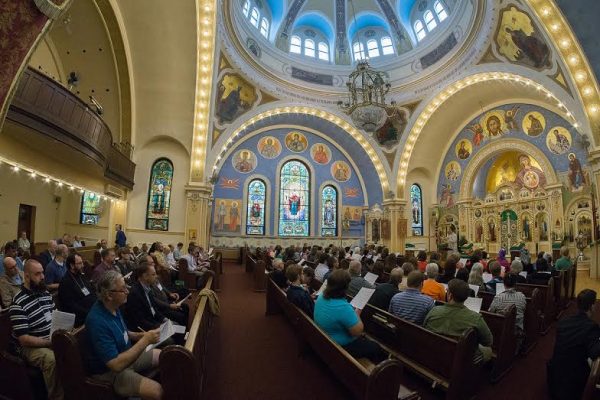 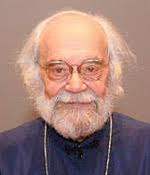 The compositions which Father Sergei wrote for the 2016 symposium are now available on the website:http://www.isocm.com/resources/music.html of the International Society of Orthodox Church Music (ISOCM) which sponsored the event.

“Father Sergei’s contributions to the Orthodox Church go far beyond the English-speaking world,” said Father Ivan Moody, ISOCM board chairman, “While he is justly known for his work with liturgical music in English, the fact that his compositions and arrangements have been translated into multiple languages speaks for its universality, and the way in which the music is guided not only by the text but by the liturgical action it accompanies.”

The nearly 150 participants of the symposium who gathered at the historic St. Mary’s Orthodox Cathedral in Minneapolis had the unique opportunity to sing the settings during a liturgy for the very first time. “It’s exciting to have new compositions because they represent a maturation of Orthodoxy here in North America,” said Toni Simmons, a symposium participant and member of St. Mary’s Cathedral. “We sing settings translated from Russian, Romanian, Serbian, and Greek and now we have more and more settings written in English that represent our contribution to world Orthodoxy.”

For Father Sergei, the compositions allowed him to participate in, despite not being able to attend, the symposium. “I pray with you in spirit,” he wrote in a note to participants, “God bless you one and all for the love you have for giving to the holiness we celebrate in worship. May our loving Lord hear your singing and be pleased!”

The settings and a recording from the liturgy on June 26 when they were sung are available at: