Looking Death in the Face or The Aesthetics of Dying 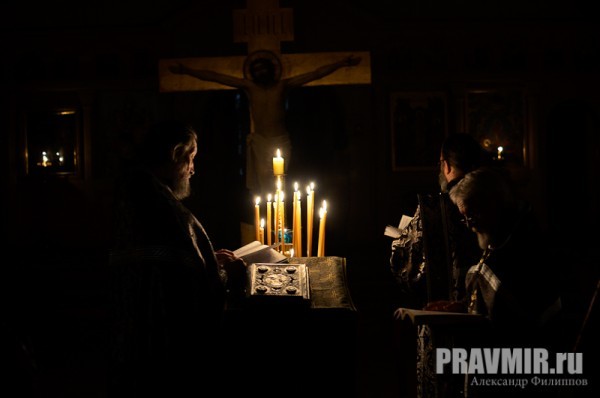 As a parish priest one has the privilege to face all aspects of human life from birth until the final departure. In the eyes of a priest‚ humanity is exposed in its most glorious and most deplorable experiences. Among them one of the most challenging is death. Even writing about it is a difficult task because it is a very unpopular subject.  Nobody wants to die and even more so‚ nobody wants to talk about it‚ is a taboo‚ a place where you just don’t want to go. Even though we know that eventually we will all die‚ without escape‚ when faced with death‚people have a hard time coping with it.

Some people bank their hopes of immortality unto science and decide to trade the mundane and way too common graveyard plot for an abode in a cryogenic facility‚ awaiting there the coming of a technology “savior” that will bring them back to a life of happiness on earth.

Others‚ facing the fatality of death‚ make the decision that at least their bodies should skip the corruption of the ground and keep as much possible the shape in which they dwelt on earth. An entire industry has been developed behind these very popular preservation wishes. Zinc coffins hermetically closed‚ above the ground resting places‚ advanced embalming and post-mortem beautifying techniques‚ are now offered as standard package by the undertakers’ guild.

There are finally some‚ going in the other extreme‚ which decide to completely destroy their bodies through cremation; an expeditious process that turns God’s personal creation in a handful of ashes.  Many factors can lead to such a haste decision‚ but the underlying issue is a blatant misunderstanding of Christian anthropology (namely the bond that the body and soul form in the wholesomeness of the human person) and‚ even more importantly‚ an ignorance of the importance that the bodies play at the General Resurrection.

All these are nothing else but failed attempts to circumvent the reality of being mortal. We want to sweeten the bitter sting of death by removing from it any uncomfortable elements‚ even though we know this can only be achieved on a very superficial level. It is a mere illusion that man can somehow transcend death‚ if it’s covered in make-up.

Eastern Orthodox Christianity has a different approach to the reality of our departure from life. Death is regarded as an integral part of life‚ as birth or growing old is. Of course death is still viewed as an unnatural state of mankind‚a consequence of the great fall‚ but‚ nevertheless an unavoidable and necessary passage. Nobody runs away from it but embraces it‚ when time comes‚ with the great expectation of the encounter with Christ.

Fr. Gherorghe Calciu Dumitreasa‚ of blessed memory‚ was telling that in his old village‚ when someone would fall on the death bed‚ all the people‚ including the children‚ would go forth and ask for forgiveness from the one who was about to pass. After this forgiveness ritual the dying person would then confess his/her sins for the last time and receive Communion to prepare as much as possible for the inevitable encounter with Christ.

After passing‚ the body would be washed by members of the family‚ dressed in an outfit prepared in advance and would be deposed in a simple open coffin inside the house. The priest would come and read the eleven Resurrectional Gospels and the family and friends would keep vigil‚ reading from the Psalter.

On the day of the funeral the priest would bring the body in procession into the Church where the funeral service would take place. The deceased would lay there‚ resting in an open casket‚ in the midst of the community he/she belonged to. In the Orthodox Church the deceased are never considered as leaving the communion with the Church. Death is merely a passing from the Militant Church on Earth unto the Triumphant Church in Heaven. The departed are just temporarily missing physically from among us‚ but awaiting there‚ just us we do‚ the great reunion of Christ’s family in the Kingdom to come.

After the service the body would be taken to the grave where would receive its final blessing and would be commited to the ground‚ feet facing East‚ ready to wake at the call of Christ at His second and glorious return.

Such a simple yet profound approach to the end of our lives‚ looking death in the face with no fear‚ no cover ups‚ no drama‚ accepting it as it is‚ as part of the human existence. Death is the only way to pass from the ugliness of a life in the slavery of sin into the beauty of the life in the Kingdom. Death begets life as the shameful garments of skin are once and for all destroyed and man can be vested in the  grace of God.

The only fear a Christian should have is not being adequately prepared.  This is why Confession and Communion are such an important part of our last days on Earth.  the difficulty is that no one knows when one‘s time is approaching. This fact compels us to strive more diligently towards making ourselves ready‚ at any moment‚ for the encounter with the Righteous Judge and to make these sacraments part of our regular life in Christ.

St. Basil the Great teaches therefore that the greatest philosophy is the continuous thought of death. Not in a fatalistic way‚ but in the spirit of a heightened awareness of our everyday actions and their impact of our state after leaving this life. Instead of being preoccupied on how to hide or make death more bearable by artificial means‚ we should embrace it and transform it in an element of change in our lives towards a more responsible existence. Thinking about death makes us paradoxically more eager to live‚ but not just anyhow‚ but to live according to Christ that has conquered death by death and granted life unto the world.