Love is Stronger than Death 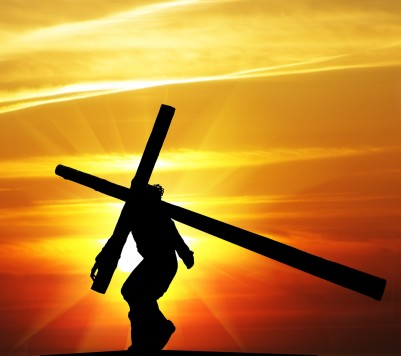 He who loves God sacrifices his entire life, consecrating it to Him. He who loves God strives to constantly abide with Him. He who loves God loves life and does not seek his own death or attempt to hasten it. But he must accept death one day because man cannot live forever. Death becomes for him a transition from life to life. Life on earth becomes a passage to where there is true life. Life on earth becomes a short time in which one is prepared at every moment to face his inevitable destiny. The best preparation is repentance and love for one’s neighbor, without which one cannot love God.

It is true that death entered human nature as a punishment from God because of man’s fall into sin, but it still contradicts this nature that inclines toward life. So God gave man a covenant and a promise that man would live forever, if he so desired for himself. This human will, whose possessor must refine it so that it will draw closer to God’s will, is what made this possible. This correspondence between the two wills, resulting from man’s free will, is what makes the encounter between God and man an encounter between lovers who cannot bear to wait for each other.

In this context, we will cite the words of Simeon when he the forty-day old child Jesus in his arms, when Joseph and Mary brought Him to the temple and the Holy Spirit inspired him that he would not taste death before seeing the Lord’s Messiah. Simeon said, “Lord, now You are letting Your servant depart in peace, according to Your word; for my eyes have seen Your salvation which You have prepared before the face of all peoples, a light to bring revelation to the Gentiles, and the glory of Your people Israel” (Luke 2:29-30).

When Simeon saw Jesus, the Savior, the Messiah he had been promised, he became ready to depart for the next life with great joy. He who loves Jesus does not fear death. In the holy martyrs, we have the best examples of this. Their love for Him made them brave enough to face death with great steadfastness and hope. Their love for Him caused them to not betray His Gospel and His teachings. They did not abandon their principles for the sake of this fleeting life, but rather accepted to abandon this fleeting life even if it cost them their life.

The Islamic tradition also takes this approach. There is a story of the Prophet Ibrahim al-Khalil not mentioned in the Torah that is given by al-Ghazali in his Ihya Ulum al-Din in the chapter “On the Servant’s Love for God” which goes as follows:

Ibrahim (peace be upon him) said to the Angel of Death when he came to him to take his soul, “Have you seen a friend kill his friend?”

God (may He be exalted) inspired [the angel] to say, “Have you seen a lover hate his beloved?”

So Ibrahim said, “O Angel of Death, take me now.”

We find a similar saying from the famous sufi Sufyan al-Thawri: “Only the doubter hates death, because in no case does the beloved hate to meet his lover.”

The struggle between life and death continues and it will go on so long as this world exists. But life is stronger than death because love is stronger than it. Let us love man and sacrifice ourselves for his sake because whether we are believers, atheists or agnostics, in this way, knowing or unknowing, we are loving God.