Citizens of the Russian Federation and other countries donated more than 3 billion rubles for its construction.
Pravmir.com team | 07 February 2020 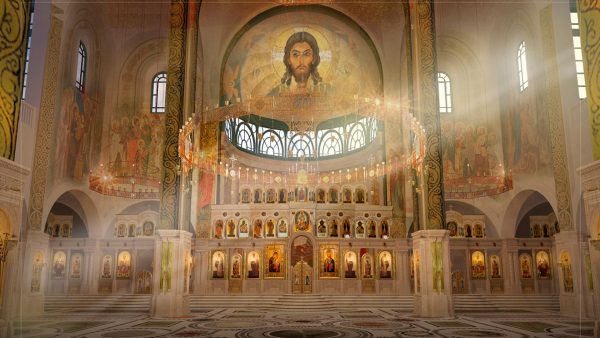 His Holiness Kirill, Patriarch of Moscow and All Russia, confirmed the official name of the church, which is being built in the Patriot park near Moscow to mark the 75th anniversary of the Victory in the Great Patriotic War, said Alexander Kanshin, Deputy Chairman of the Public Council at the Ministry of Defense, reports Interfax.

“From now on, this is the Patriarchal Cathedral of the Russian Orthodox Church dedicated to the Resurrection of Christ. It is the main church of the Armed Forces of the Russian Federation,” said Mr. Kanshin, who is also the general director of the ‘Resurrection’ Charity Fund.

Mr. Kanshin noted that “the nationwide construction of the church complex in memory of the defenders of the Fatherland, who defeated fascism, has entered the final stage.”

“On May 9, Victory Day, the church will open its gates and a historical and memorial complex ‘Memory Road’ will open, which will reflect the life achievement of 33 million front-line soldiers,” Mr. Kanshin stated.

He said that to date, more than 3 billion rubles of voluntary donations from hundreds of thousands of citizens of Russia and other countries, as well as more than 650 legal entities, have been received for the construction of the church.