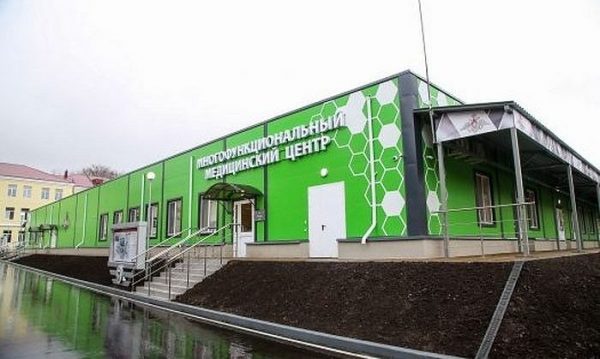 A new mulit-functional medical center named in honor of St. Eugene Botkin, the personal physician of the Romanov Royal Martyrs who was martyred together with them in the Ipatiev House, was consecrated and opened in Nizhny Novgorod over the weekend, reports the official website of the Russian Orthodox Church.

The medical center, created by specialists of the Russian Ministry of Defense, is part of the city’s military hospital, reports the Chaplains’ Bulletin.

The rite of consecration was celebrated by His Eminence Metropolitan George of Nizhny Novgorod and Arzamas and attended by Archpriest Alexander Malafeev, Head of the Nizhny Novgorod Diocese’s Department for Interaction with the Armed Forces and Law Enforcement Agencies, and other clergy of the diocese, as well as the Deputy Defense Ministery Timur Ivanov, and other public officials and medical staff.

Following the sacred rite, Metropolitan George presented the head of the hospital with an icon of the holy Martyr St. Eugene, which will be placed at one of the nurse’s stations for the prayerful veneration of the faithful.

The center in Nizhny Novgorod is the first of 16 such facilities being built throughout Russia by the Ministry of Defense. They will be equipped with the most modern equipment.

St. Eugene was canonized as Righteous Eugene the Passion-Bearer by the Council of Bishops of the Russian Orthodox Church at their February 2-3, 2016 session. His glorification was celebrated on February 7, the day of the feast of the Synaxis of the New Martyrs and Confessors of Russian Church, in the Ekaterinburg Church on the Blood, built on the site of the Ipatiev House, where St. Eugene was martyred along with the Royal Family.