Metropolitan Anthony (Pakanich) on the Newly Formed “Church”: “Titanic” is Built and Hits the Road 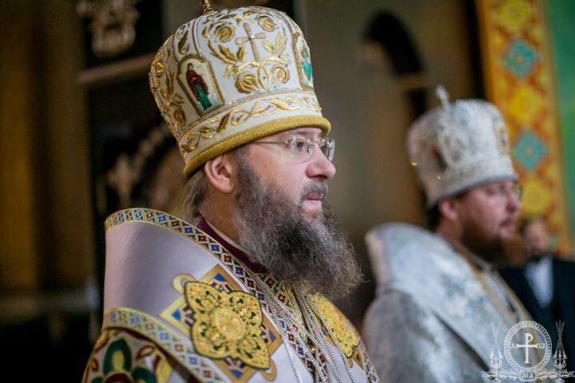 – Your Eminence, why is there persecution of Christians? It seems as if it is increasing all over the world.

– Persecution of Christians and hatred of them have existed since the very beginning of Christianity.

God immediately warned us about it and commanded to find salvation, “Then they will deliver you up to tribulation and kill you, and you will be hated by all nations for My name’s sake” (Matthew, 24:9). There is no other way to salvation.

Christians challenge the world, worldly laws while keeping the Lord’s commandments. They prevent others from committing iniquities with their lives and moral values. Therefore, the world seeks to destroy them, to wipe them off the map. Christians awaken conscience that calls for the change and repentance, and this is a very painful and difficult process. It is easier to remove the stimulus than to change oneself.

Indeed, persecution of Christians around the world has reached unprecedented proportions and cruelty these days. We know about the killings of Christians in the Middle East: in Iraq, Syria, and Egypt.

According to official estimates, the Christian population in the region has declined by two thirds in just five years.

It is the hardest trial that involves strength of mind and strong faith, which modern confessors and martyrs display.

For all Christians this is an example of courage and devotion to Christ till the end.

– In our country, the Ukrainian Orthodox Church has also faced persecution, but in a slightly different form. There is a substitution of concepts: black is called white and vice versa. The Church’s enemies want the true Church to disappear from the face of the earth, want to replace her with a fake, a false church. Why does it happen and how should one deal with it?

– There are many reasons for this phenomenon. They relate both to the spiritual sphere and the purely material and mercantile plane.

In my opinion, the main reason for the church raiding lies in the absence of the fear of God and in the confidence in one’s impunity.

Due to self-confidence people lose their heads, common sense, and prudence along with the attentiveness to themselves and others. Sometimes they commit rash and, most importantly, irreparable acts.

Such tragedy is unfolding now.

Prayer is our only way to fight, our only weapon, and the clear conscience and good deeds are our shield. Whatever happens, we will not betray the laws established by God.

– Have there been any examples in history when self-confidence and the absence of the fear of God resulted in disaster?

– Let us remember the story of Titanic.

The builders and owners of this giant ship arrogantly declared, “God Himself will not be able to sink it”. Nevertheless, the launched ship went on its maiden voyage and did not return.

Having heard about the icebergs, the Titanic’s captain did not slow down or change the route. He was so sure of the ship’s unsinkability.

Titanic also did not have any red life rockets that are used as signals of disaster. The confidence in the ship’s power was so high that no one even thought to supply it with these rockets.

Today we are witnessing something similar: there is a bold and daring plan to create an “unsinkable Church-Titanic” by people who have lost the fear of God.

With their consent and under their leadership, destructive mechanisms are launched that disturb the peace and bring discord to the large Orthodox family. These people will be responsible for the ruined souls that they have led to the wrong path.

– How can an ordinary believer find out where the true Church is among the many schisms and divisions today?

– Various heresies arose as early as the Apostolic Age. The most common were gnostic sects that practiced a mixture of Christian teachings and pagan elements.

The Apostles in their Epistles warned Christians against these false teachings and openly declared that adherents of such sects had fallen away from the faith. The Apostles believed the heretics were dry branches that had broken off the church tree.

In the same way, we should recognize only the Apostolic Church, that should exist in its holy, whole, living, and pure nature, and not be fragmented, damaged, seceded, dry branch. That is not the Church.

One of the signs of the true Church is the very fact that she is persecuted. Her sufferings, trials, blood and tears of the sacred Martyrs for the faith are the most important proof.

The true Church is the Church of martyrs and confessors, the righteous and the Saints. She is always persecuted, but never broken and invincible.

God gave us the Church for salvation. The main goal of the mankind’s enemy is to take her away from us. Yet we must not let them do it!