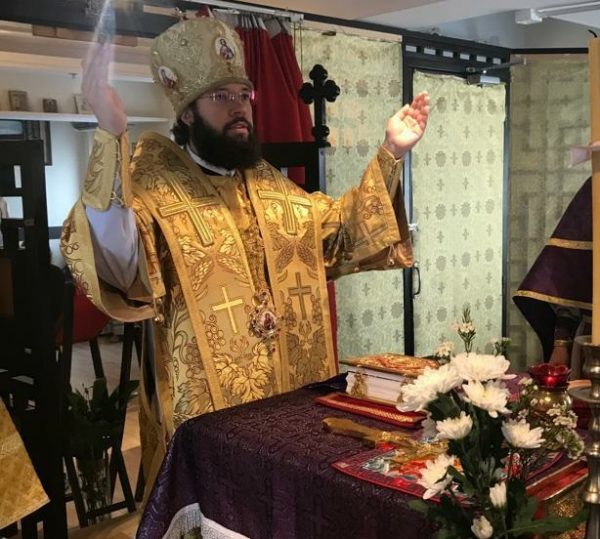 On 29th September 2019, Metropolitan Antony of Korsun and Western Europe, head of the Moscow Patriarchate’s Administration for Institutions Abroad, officiated at the Divine Liturgy in the chapel of the Parish of Saints Peter and Paul in Hong Kong, Special Administrative Region of the People’s Republic of China.

Concelebrating with the archpastor were Archpriest Dionisy Pozdnyaev, rector of the parish; Archpriest Dimitry Lukyanov, cleric of the Belgorod diocese; Priest Anatoly Gun; and Deacon Sergy Kalashnikov, staff member of the Administration for Institutions Abroad.

The Liturgy was celebrated in the Church Slavonic, Chinese and English languages.

Praying at the divine service were Mr. Igor Sagitov, Consul General of the Russian Federation in Hong Kong; Mr. Dmitry Petrovsky of the Moscow Patriarchate’s Department for External Church relations; and parishioners of the church.

After the Liturgy Metropolitan Antony greeted the members of the Orthodox community of Hong Kong and conveyed to the worshippers blessings from His Holiness Patriarch Kirill of Moscow and All Russia. The head of the Moscow Patriarchate’s Administration for Institutions Abroad presented the parish with a set of church utensils for administering the Sacraments of Baptism and Chrismation.

Metropolitan Antony also handed over a Patriarchal award – the Order of St. Seraphim of Sarov, 3rdClass – to Archpriest Dionisy Pozdyaev in consideration of the twenty-five years of his service to the Church in the rank of presbyter.

Metropolitan Antony warmly greeted the Consul General of Russia in Hong Kong. During a meeting that took place after the Liturgy the arhpastor and Mr. Sagitov discussed a wide range of issues pertaining to the cooperation between the Russian diplomatic representation and the Parish of Saints Peter and Paul.

While in Hong Kong, Metropolitan Antony of Korsun and Western Europe visited the old colonial cemetery where he celebrated a litiya at the grave of the first rector of Saints Peter and Paul Parish, Archpriest Dimitry Uspensky. 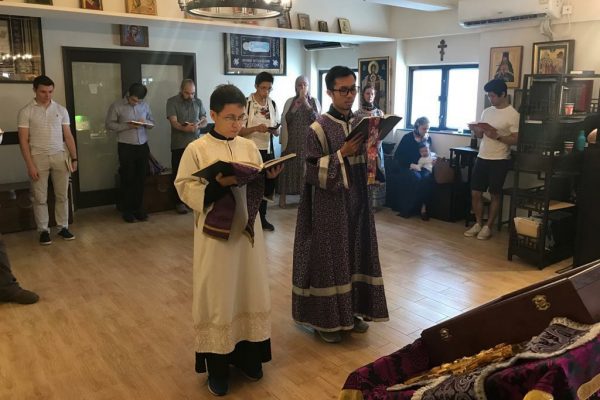