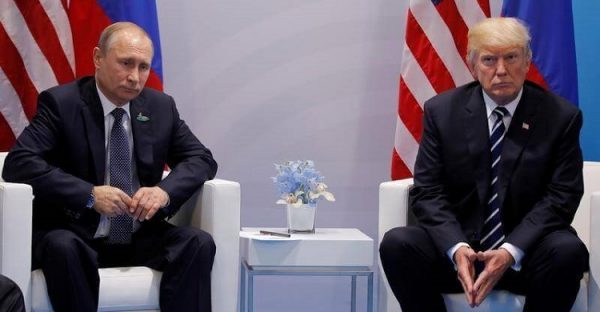 The presidents of Russia and the United States should meet in person to relieve tensions between the two countries, Metropolitan Hilarion, the head of the Moscow Patriarchate’s Department for External Church Relations, said on the television channel Rossiya-24.

“There is no alternative today to direct bilateral relations between America and Russia, between President Trump and President Putin. I know both presidents have the desire to meet, but we also see that there is a group of people around Trump who are deliberately obstructing this meeting,” Metropolitan Hilarion said.

He said he believed the current situation could well be compared to the 1962 Cuban Missile Crisis but warned that “it is impossible to move this way, as this might lead the world to the Third World War.”

He said he shared the view that the policy of threats that currently prevails in the U.S.’ rhetoric and the policy of sanctions will do no good, and that in terms of destruction, a military scenario might be comparable to all of the destruction and casualties of the First and Second World Wars.

“The amount of nuclear weapons is such today that only one strike and another strike in response may destroy practically all of humankind. Therefore, the responsibility of the leaders of the superpowers is so incredibly great. What are needed are special wisdom and humility and the ability to agree to compromises for the sake of dialogue and for the sake of preserving peace on Earth,” Metropolitan Hilarion said.