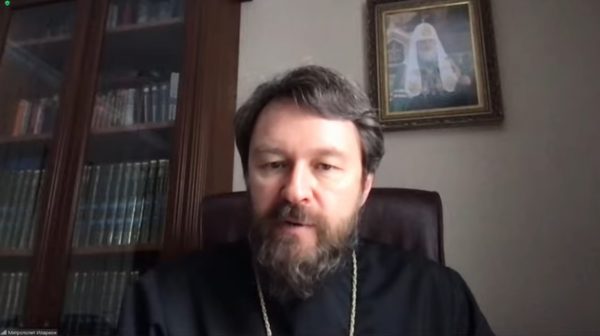 Metropolitan Hilarion of Volokolamsk, Chairman of the Department for External Church Relations of the Moscow Patriarchate, spoke about the persecution of Christians in the Middle East and other countries during the “direct line” he held on the Youtube channel “Jesus” on February 22, 2021, reports the official website of the Russian Orthodox Church.

Metropolitan Hilarion also said that during the reign of Saddam Hussein in Iraq, the Christian population numbered 1.5 million people. However, after his overthrow, the position of Christians deteriorated significantly, and they began to leave the country en masse.

“The terrorists exterminated Christians, and today one tenth of the former number of Christians, at best, remained in Iraq. Therefore, naturally, Christians in the Middle East and other countries need both our support and our prayer,” stated Metropolitan Hilarion, stressing that the Russian Orthodox Church “constantly draws the attention of the world community to the dire situation in which Christians find themselves in these regions”.