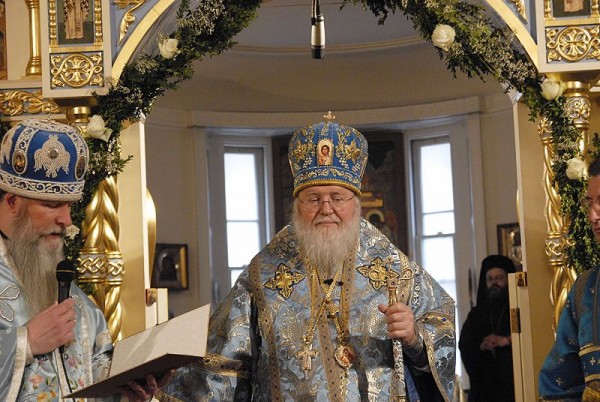 To His Holiness Patriarch KIRILL
of Moscow and All Russia

It is with heartfelt love and spiritual joy that I greet you on the great feast of the Nativity of Christ!

As we approach the 100th anniversary of the reestablishment of the Patriarchy in Russia, and the 10th anniversary of the signing of the Act of Canonical Communion in Moscow, the episcopacy, clergymen, monastics and laity of the Russian Orthodox Church Outside of Russia lift our fervent prayers to the Lord, His Most-Blessed Mother, the Holy New Martyrs and Confessors of Russia and all Russian Saints, that all that is needful for your continued successful and salvific service to our dear Mother, the Russian Orthodox Church, be granted to you. On this great and salvific day, we prayerfully beseech the Divine Christ-Child to grant you a happy, peaceful and tranquil New Year.

May the Lord bless you with good health and His all-strengthening heavenly aid in your arduous Patriarchal labors!

Asking your holy prayers, I remain Your Holiness’ incessant well-wisher,

+HILARION,
Metropolitan of Eastern America and New York,
First Hierarch of the Russian Orthodox Church Outside of Russia.