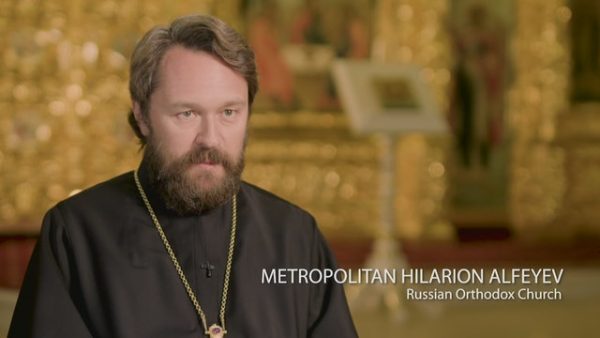 The Israeli-Palestinian conflict worsened several weeks ago. Metropolitan Hilarion of Volokolamsk, Chairman of the Department for External Church Relations of the Moscow Patriarchate, spoke on what the Russian Orthodox Church thinks will help solve the conflict in this land, which is considered holy for representatives of three world religions.

“It seems to me that if the decisions that have been made by the UN are implemented, eventually a stable Palestinian state will be created, located next to the State of Israel, which will be able to peacefully coexist with it,” Metropolitan Hilarion said in the Church and the World program, reports the website of the ROC. “If the unilateral support of one side or the other continues, then, unfortunately, an escalation of hostilities can be expected in the future.”

The sooner a political solution is found so that both Israelis and Palestinians can live on this land, the better it will be for both, the metropolitan is sure.

He stressed that the Russian Orthodox Church invariably calls for a peaceful settlement of conflicts and confrontations. “We are praying for peace in Jerusalem,” said the hierarch.

The archpastor also mentioned that the Jerusalem Orthodox Church is making great efforts to reconcile both sides of the now aggravated conflict.