‘Pray for Peace’: a Plea from Jerusalem as Violence Continues 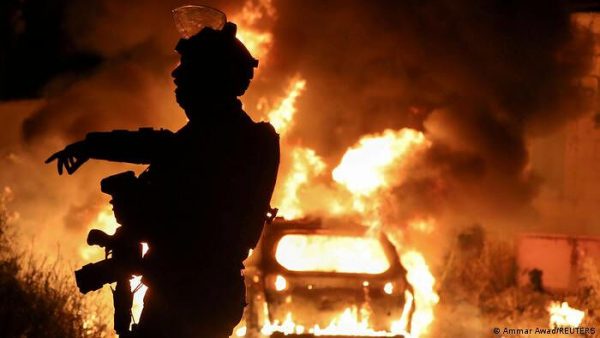 A Palestinian Christian living in East Jerusalem is urging the international community to pray for reconciliation in the region, reports Premier. Katie Madanet was speaking in a week of heightened violence which has left several Palestinians dead, and hundreds injured in clashes with police in Jerusalem.

“It is heartbreaking. I think what’s difficult is that this is the legacy in many ways of this land. And so, there’s just a heartbreaking normalcy to this. And tension potentially will die down and de-escalate and the people who’ve been hurt, will be hurt. Their lives, their families, will never be the same, but everyone else will keep moving.”

Madanet, who is staying with a mission alliance in the city, says prayer and the unity of faith groups is comforting at this difficult time.

“Sometimes the situations that lead us to stand in unity are heartbreaking. But we do have a wonderful representation of the faith community here and within churches, and even groups within the Muslim and the Jewish faith, have shared values at their core and will stand together to say that we do all want the same things, ultimately. I think what goes beyond that message is that we need to learn to want that for our enemies as well as ourselves. And so, ‘Pray for the peace of Jerusalem’ has been a slogan that’s been thrown around, probably for hundreds, if not thousands, of years. But I don’t think we can ever stop.”

On May 9, 2021, His Beatitude Patriarch Theophilos of Jerusalem and the heads of other churches represented in the Holy Land issued a statement condemning the recent violence in Jerusalem.

The violence poses a threat to all worshipers, and to Palestinians, “who are subject to eviction,” the statement reads. The current situation threatens to further destabilize “the already fragile reality in and around Jerusalem.” 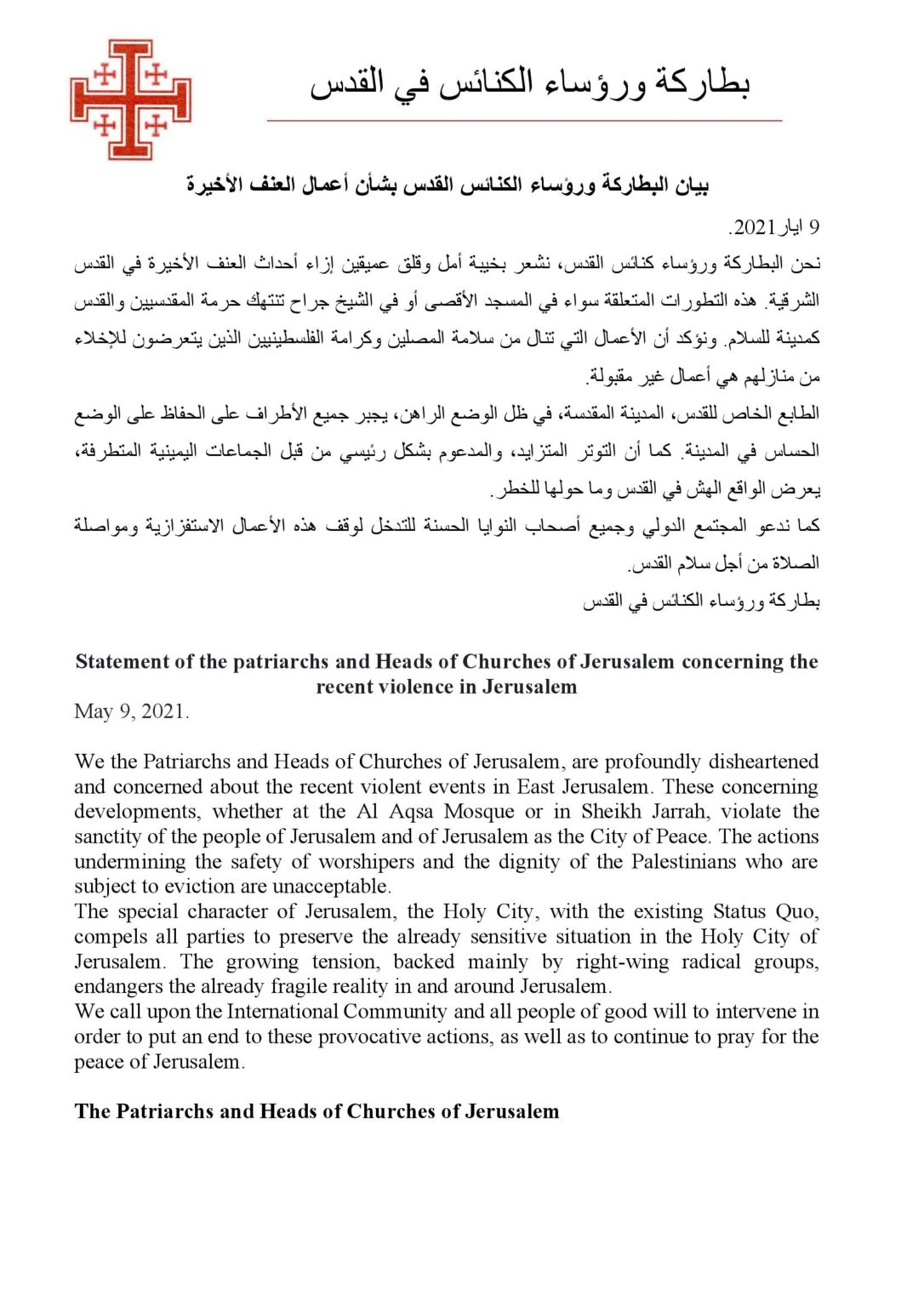