Source: DECR
Natalya Mihailova | 10 October 2016
On 12 October 2016, the film will be shown at the Rossotrudnichestvo office in London on 37 Kensington High Street, FI 1st at 07.00 p.m. as an event of the UK-Russia Year of Literature and Culture shortly before the visit of His Holiness Patriarch Kirill of Moscow and All Russia due to take place on October 15-18, 2016. 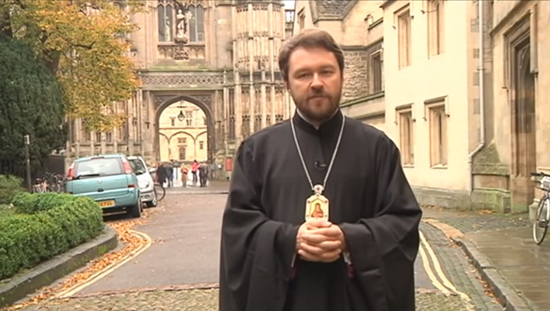 Metropolitan Hilarion of Volokolamsk is the author of the film directed by Valery Shekhovtsov.

The film recounts the history of Orthodoxy in the British Isles: conversion of the archipelago’s peoples to Christianity, development of Christian churches there before the division between East and West and today’s state of the Orthodox Church in Great Britain.

An important place is given to some contemporary theologians and zealots of piety given to Orthodoxy by Britain, including Metropolitan Anthony of Sourozh, Archimandrite Sophrony (Sakharov), and Metropolitan Kallistos (Ware) of Diokleia.

The film has been produced by the St. Gregory the Theologian Charity Foundation with the support of the Federal Agency for the Press and Mass Media.