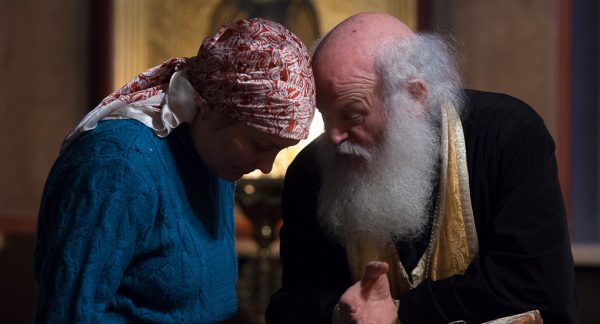 Metropolitan Mark of Ryazan and Mikhailovsk, Chairman of the board of the Foundation for Building Churches in Moscow, said that if a person does not know what to repent of in confession, their spiritual life has not yet begun, because they haven’t learned to see their own sins yet.

“Every priest who hears confessions from people in the temple of God, from time to time meets people who say that they have nothing to repent of. A person comes and says, “Well, I did not kill anyone, I didn’t do anything bad to anyone, I wish everyone only good things. I have nothing to confess. I did not violate the will of God in anything.” How should such revelations be received? What do they mean?” began Metropolitan Mark in The Word of the Archpastor program.

The Metropolitan noted that usually such person “having crossed the threshold of the church, has not yet begun their spiritual life”, because “any step taken in this direction and any attempt to start a spiritual life show us our weakness and our powerlessness.”

“Try to read prayers regularly, try to start reading the Gospel, try not to respond to offensive words of your neighbors when you feel that you are about to explode. And immediately our imperfection and our sinfulness will be revealed. Therefore, when a person says that he or she has nothing to repent of, it means that we are spiritually dead,” said the archpastor.

As an example, the metropolitan pointed to the holy ascetics of the past.

“It is no coincidence that holy people, ascetics, who spent their whole lives in prayer, in fasting, in doing good deeds, said before their death that they had not even begun to approach God,” the priest explained.

In conclusion, Metropolitan Mark wished that “we would see our sins, because seeing our sins is the beginning of repentance,” because, if we do not see them, “it means that we have not yet crossed the threshold of spiritual life.”