Rules for a Saving Confession 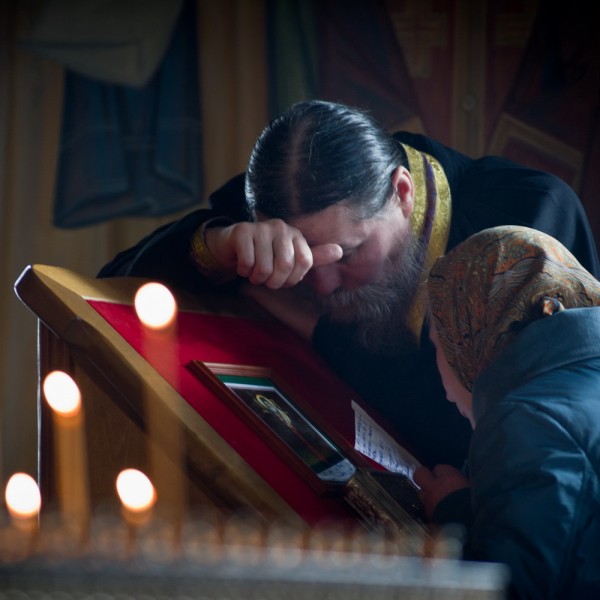 All Christians without exception must go to Confession if they wish to be saved. But how should the truly faithful Confession occur? Many do not know this, and that is why is necessary to discuss this question more thoroughly. Here we will look at the following three parts of Confession:

a) What we should do before we go to the confessor.

b) What we should do when we are with the confessor.

c) What we should do when we come out of Confession.

What should we do before we go to the confessor?

The first and the last of the Apostles of Christ sinned gravely. Peter denied Christ; Judas betrayed Him. But Peter was forgiven and Judas perished. Peter regained his Apostolic dignity, but the condemnation of the ages is still weighing on Judas. What saved Peter, and what destroyed Judas? What should have this wretch done? Should he have confessed the sin after he committed it? But, technically speaking, he confessed when he went to the scribes and elders and told them, “I have sinned in that i have betrayed the innocent blood” (St. Matthew 27:4), and with the confession gave back the thirty silver pieces to them. Is this not enough? Alas, no! A confession by itself does not save. Besides a broken heart, a live faith in God’s grace is needed. Judas despaired of his salvation; that is why he hung himself after his confession. His body hung on a tree, and his soul went to hell for eternal torment.

Peter did not do so. In the yard of Caiaphas he denied Christ, his Benefactor, and Teacher, three times: “I do not know the man” (St. Matthew 26:74). But at the third denial, when he heard the rooster crow, he remembered what Christ had prophesied, realized his sin, and humbled his heart. He went out of that yard, got out of the bad company of the servants of the high priest, and, most importantly, began to shed bitter tears–tears of sincere, heartfelt, deep repentance. According to one tradition, throughout his whole life, whenever he heard a rooster crow Peter remembered his heavy sin, and his eyes turned into two springs of most repentant tears. Peter did not despair; he believed in God’s mercy and thus saved himself.

Saint Peter has left us a living lesson: to turn again to God after our fall into sin. It is faith in God’s mercy which drives away ever despair. God is love (agape). However grave our sin may be, He will forgive it, provided we repent from the heart. Even if our sins are as high as the mountains, they will sink in the ocean of God’s mercy. However, if a man despairs, he is lost. Despair is the triumph of the devil. In short, let us protect ourselves from despair because if we despair no one can save us.

We should imitate the holy Apostle Peter in another respect, as well. As he realized his sin, he immediately went out of the accursed yard of the high priest where he had denied Christ. And you, brother or sister when you want to confess and come back to God, come out of that accursed yard of sin where you have been until now and where you have denied Christ not three times, but thirty-three times. Come out with your body, with your heart, and with your mind! Peter went away from the servants of the high priest. You, too, abandon the friendship with those who teach you to sin or who unwittingly serve as a temptation to you.

What should we do when we are with the confessor?

We have to do the following:

1)     Remember that we have come to Christ’s infirmary. Here, the visible doctor is the priest, and the invisible–Christ Himself;

2)     Confess our sins without false shame;

5)     Do not confess with general phrases which have no meaning;

6)     Confess briefly, but precisely, the character of each of our sins;

7)     Not reveal other people’s sins, and conceal, whenever possible, the names of the persons who have tempted us or who have sinned with us through our fault;

8)     Not to boast before the priest of any virtues of ours;

9)     Not to transfer the blame on others, but only on ourselves; and

10) Have a sincere desire not to sin again.

(Source: The Forgotten Medicine: The Mystery of Repentance by Archimandrite Seraphim Aleksiev)

Confess your sins to one another, that you may be healed (James 5:16). We are created for God and…