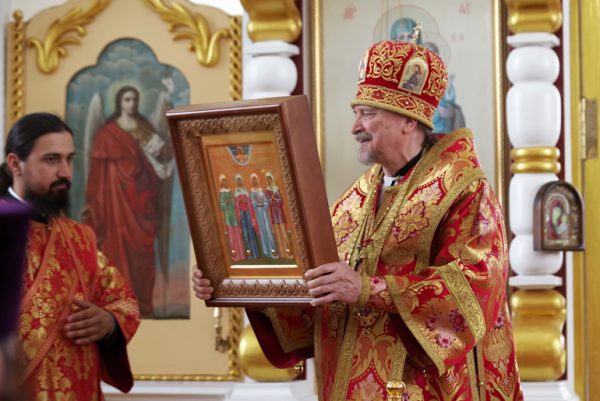 Metropolitan Mitrofan of Murmansk and Monchegorsk spoke about how an inexplicable inner urge miraculously brought him over three thousand kilometers to the place where the holy relics of a new martyr were found.

On June 4, the eve of the 20th anniversary of the uncovering of the relics of the Holy Martyrs Evdokia, Daria, Daria and Mary of Puzov, Metropolitan Mitrofan celebrated an all-night vigil at the Dormition Church in the village of Suvorovo, Diveevo district of the Nizhny Novgorod region, reports the website of the Nizhny Novgorod Metropolia. 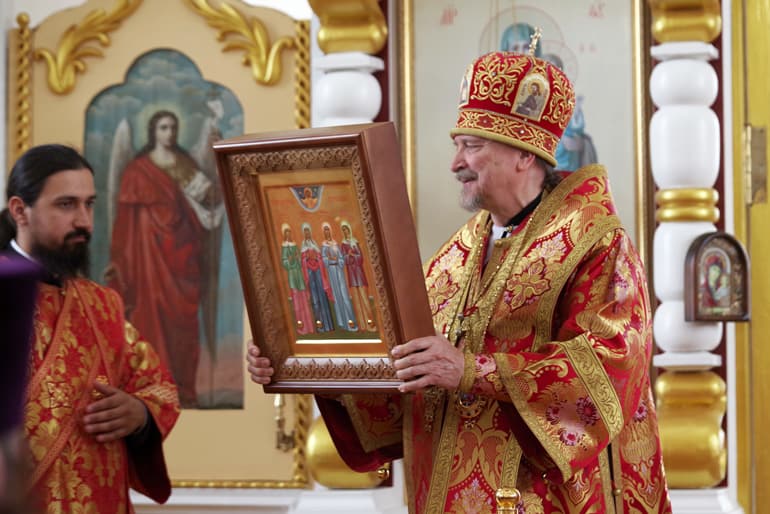 After the service, the archpastor told those present how he took part in the uncovering of the holy relics of one of these saints, St. Evdokia (Sheikova), in June, 2001.

“I remember how 20 years ago, being more than three thousand kilometers away from here in a distant Pomor village on the shores of the White Sea, I felt in my heart a strange excitement and a desire to go urgently to the grave of blessed Evdokia, whom I venerated. This craving was irresistible, and I left for Suvorovo, not even knowing that at that time the uncovering of her relics was taking place there,” Metropolitan Mitrofan shared.

The archpastor continued that when he arrived at the place, he found only the rector of the church with the holy relics he had acquired.

“Arriving early in the morning, I suddenly noticed that the lights were on in the church. At that time, only the rector of the church was there with the recovered relics, which were lying in wooden boxes. He did not know what to do with them next. The Commission for Canonization, headed by Abbot Damaskin (Orlov), had already left. When he saw me, he was extremely happy, “I’m waiting for you. The Lord has sent you!” the metropolitan said. 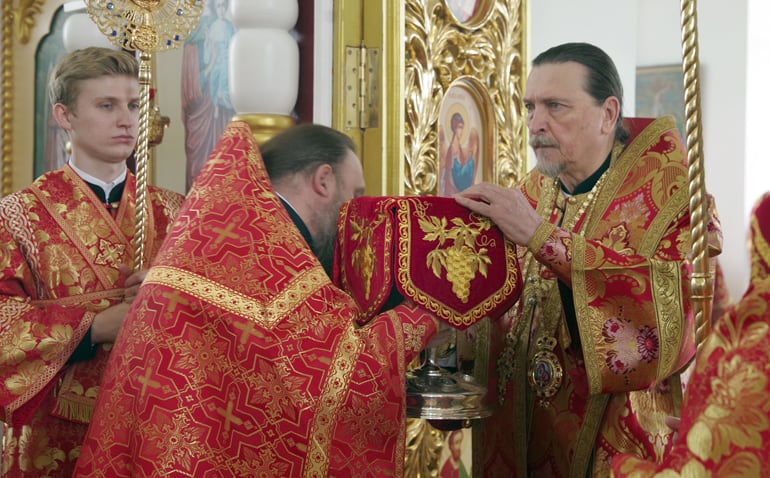 He confessed that he was shocked by the very fact of finding the relics.

“We started this angelic work. I remember how I touched these holy relics, observed the traces of their torment, and recalled the details of the story of Hegumen Damaskin about how they were mocked, tortured for three days – innocent girls and a weak, little, withered old woman,” Metropolitan Mitrofan recalled.

The metropolitan noted that “when you see it with your own eyes, when you touch it with your own hands, you begin to understand that our current comfortable and calm existence, the construction of churches, their magnificent restoration – all of this has been prayed for by their blood, who were simple village girls who lived in the ocean of godlessness, hatred and mud defended this island of holiness.” 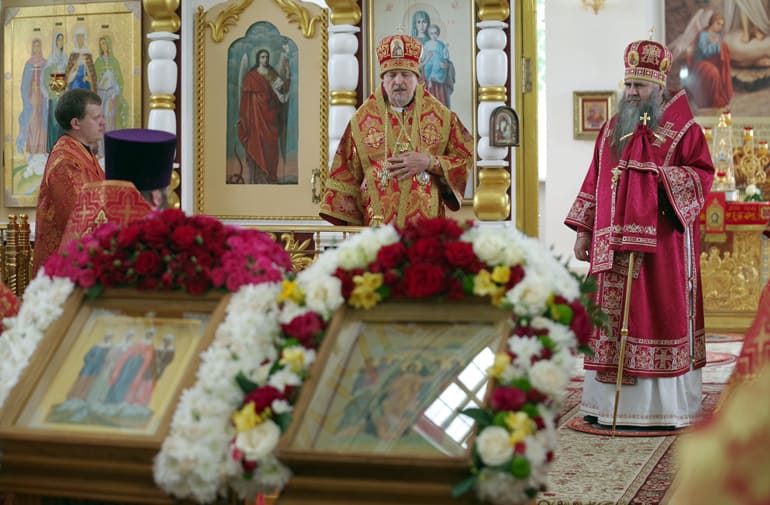 “May God grant us that we would never face such horrors in our life, which, of course, discover amazing holiness, but also oblige us to be worthy of this memory,” concluded the Metropolitan of Murmansk and Monchegorsk.

On June 5, 2021, celebrations took place in the Nizhny Novgorod diocese in honor of the 20th anniversary of the uncovering of the holy relics of the Holy Martyrs Evdokia, Daria, Daria and Mary of Puzov.

Daria (Timagina), Daria (Ulybina) and Maria took care of the ailing Evdokia and together with her they were martyred in 1919: they were shot in the village cemetery.

The uncovering of their holy relics took place on June 5, 2001, the next year after the glorification of the saints by the Council of Bishops of the Russian Orthodox Church.

In the Dormition Church of the village of Suvorovo, along with the relics, the Gospel belonging to the Puzov saints and the cross of the martyr Evdokia (Sheikova) are kept.

On December 28, 2017, the Holy Synod of the Russian Orthodox Church decided to approve and recommend for general church liturgical use the texts of the services dedicated to the new martyrs Evdokia, Daria, Daria and Maria of Puzov.