Metropolitan Nicholas: Alarming is an Assertion that Patriarchate of Constantinople Has the Right to Interfere in the Internal Affairs of any Local Church 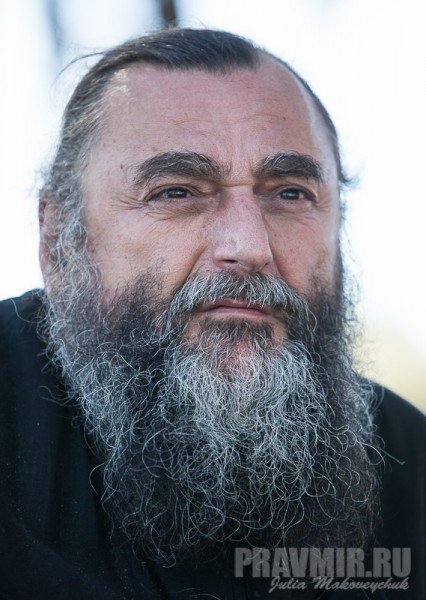 In an interview to the InterPressNews Georgian news agency, a hierarch of the Georgian Orthodox Church, Metropolitan Nicholas of Akhalkalaki and Kumurdo, said that in order to take a decision concerning the actions of the Patriarchate of Constantinople in Ukraine, a thorough examination of this matter is needed. Speaking about the newly created structure, Metropolitan Nicholas emphasized, in particular, that “in the current situation it is very important to ascertain the canonicity of ordination of those who are now referred to as the Ukrainian Church, since some of them were anathematized, and all the Orthodox Churches, including that of Constantinople, recognized the anathema.” According to the Georgian hierarch, some of these people have no apostolic consecration and therefore are self-proclaimed bishops. “How will these hierarchs con-celebrate the Divine Liturgy with us? We cannot recognize such religious figures without canonical consecration,” Metropolitan Nicholas added.

The hierarch mentioned that this issue had been discussed at a session of the Holy Synod of the Georgian Orthodox Church and noted that the official letter concerning the Ukrainian issue, sent by the Patriarchate of Constantinople, “contains a rather alarming phrase that the Patriarchate of Constantinople has the exclusive right to interfere in the internal affairs of any Local Church.” “For me personally it is unacceptable, for it can cause many difficulties in future,” Vladyka Nicholas said.

The members of the Holy Synod of the Georgian Orthodox Church decided to continue the examination of this issue during next meetings. As Metropolitan Nicholas of Akhalkalaki and Kumurdo noted, the participants in the session found it advisable to study the exact text of the tomos granted in Istanbul, as well as to hear opinions of other Local Orthodox Churches on this matter.

At the same time, Metropolitan Nicholas pointed out that the autocephaly of the Ukrainian Church would not raise principle objections of the episcopate of the Georgian Patriarchate, “but it is necessary to take into account on what conditions this autocephaly is being applied.”