Source: ITAR-TASS News Agency
Natalya Mihailova | 14 August 2014
The Council of Bishops of the Ukrainian Orthodox Church (UOC) of the Moscow Patriarchate (MP) on Wednesday elected Metropolitan Onufriy of Chernivtsi and Bukovyna as its new leader, a spokesman for UOC (MP) told RIA Novosti. 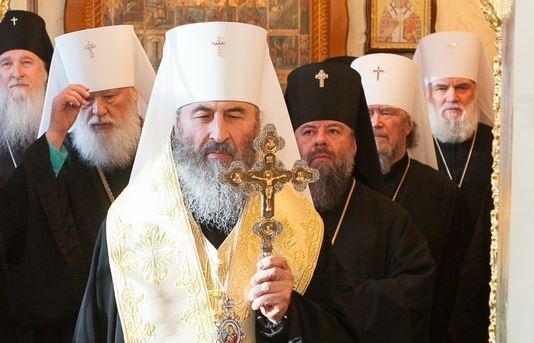 Metropolitan Onufriy, who was elected after two rounds of voting in Kiev Pechersk Lavra, is to be enthroned on August 17.

The previous Metropolitan of Kiev and All Ukraine Volodymyr (Sabodan) passed away on July 5.

The UOC (MP) is currently the only Ukrainian church to have full canonical standing in Eastern Orthodoxy, and operates in full communion with the other Eastern Orthodox Churches.

The Ukrainian Orthodox Church of the Moscow Patriarchate, which has 12,500 congregations, is the largest of three Orthodox churches in Ukraine.