Source: DECR
Natalya Mihailova | 18 August 2015
On August 17, 2015, the first anniversary of the enthronement of the Primate of the Ukrainian Orthodox Church, Metropolitan Onufry of Kiev and All Ukraine, the solemn Divine Liturgy was celebrated at the Cathedral of the Assumption at the Kiev Laura of the Caves. 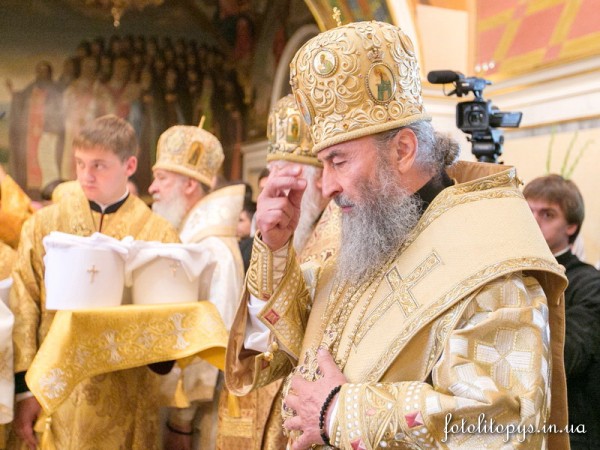 The service was led by His Beatitude Onufry assisted by a great assembly of bishops and priests who came from various regions of Ukraine.

After the Reading of the Gospel, Metropolitan Onufry addressed the congregation with a homily, the Ukrainian Orthodox Church Press Service reports.

During the liturgy, an ardent prayer for peace in Ukraine was lifted up.

After the liturgy, Metropolitan Mark of Khust and Vinogradov extended congratulations to His Beatitude on the occasion of the anniversary of his enthronement on behalf of the clergy and laity of the Ukrainian Orthodox Church. Metropolitan Onufry thanked the faithful for their congratulations and prayers, which was followed by the singing of “Many Years of Life” to the Primate of the Ukrainian Orthodox Church.