Source: Union of Orthodox Journalists
Those fighting for the autocephalous Church in Ukraine are ready to use violence in order to achieve their goals, the Primate of the Russian Orthodox Church said.
Pravmir.com team | 11 December 2018 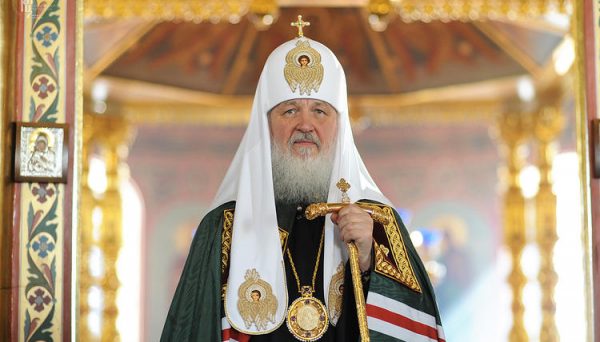 Proponents of the creation of an “independent church” in Ukraine are filled with anger and use the language of force, unlike His Beatitude Onufry. This was declared on December 9 by Patriarch Kirill of Moscow and All Rus in his sermon after the Liturgy in the church of St. Tatiana, reports the Telegram channel of the press service of Patriarch Kirill.

“Listen to those who are fighting for the so-called ‘independent united Church’, listen to the intonations, listen to the words,” said the Primate of the Russian Orthodox Church. “What anger and hatred can be heard in those speeches! And can malice and hatred come from God? No! Therefore, all those who are striving today to establish the so-called “independent Church” and who are ready to destroy the lives of other people, ruin their church life, break into temples and monasteries, capture them by force – can they be children of God?”

Patriarch Kirill stressed that the leaders of the split are filled with hatred, and only talk about light, in fact being in darkness.

“Just listen to His Beatitude Onufry, the hierarch of our Church, who never says anything bad even about schismatics,” noted Patriarch Kirill. “They pray, they cry that there is a split. But no one, after all, offers the state to overcome the split by force, and they don’t even speak harsh words about the dissenters. This is simple: some assume the heritage of the saints in the light, while others fall into the power of darkness.”

The head of the Russian Orthodox Church noted that “it’s not about the Church’s to-be-or-not-to-be in Ukraine, as the campaigners of the Church’s independence say, but it’s about what the Church’s in Ukraine should be: the Church of God following God’s will, or the false church serving the devil and only clad in light clothes.”

Earlier, Patriarch Kirill said that President of Ukraine Petro Poroshenko violates the Constitution of his own state when he intervenes in religious issues and tries to manage Churches and the religious process.