Modernity and the Temptations of Christ 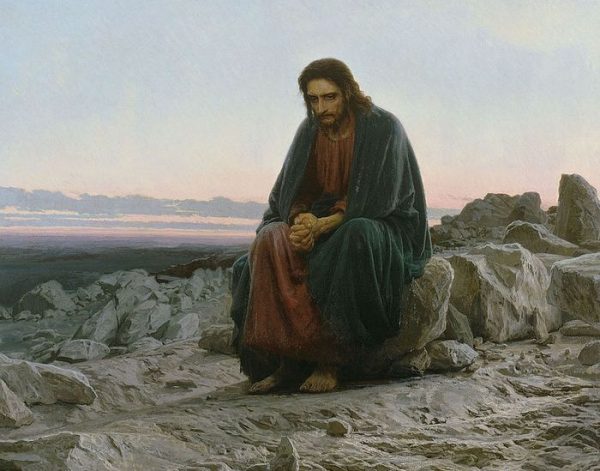 If I have done modernity a disservice, it might be in giving the impression that its temptations might be something new. In truth, there is nothing particularly new in the philosophy of modernity other than its peculiar assembly of old ideas and the capture of the general culture as its servant. It is worth considering how certain major temptations have been forged into cultural virtues in our modern world. Examples can be seen particularly in the three temptations which Christ endured in the wilderness.

The first temptation was to turn stones into bread. Christ had fasted for forty days and “was hungry” according to the Scriptures. The devil suggests to Him that He turn stones into bread. Christ was neither the first nor the last to experience human hunger. It was also not the last time in the gospel story that the temptation of bread would arise. Following the miracle of the Five Loaves, Jesus saw that the crowd had followed him to Capernaum. He said:

In the 19th century, Dostoevsky took up the “bread” problem. In the famous “parable” of the “Grand Inquisitor,” Jesus has returned to earth during the Spanish Inquisition. He is arrested (having raised a man from the dead). The Inquisitor (who has decided to burn Christ at the stake) taunts him with the problem of bread. He reminds Christ of the conversation with the devil in the wilderness:

“But do You see these stones in this parched and barren wilderness? Turn them into bread, and mankind will run after You like a flock of sheep, grateful and obedient, though for ever trembling, lest You withdraw Your hand and deny them Your bread.” But You would not deprive man of freedom and rejected the offer, thinking, what is that freedom worth if obedience is bought with bread? You replied that man lives not by bread alone. But do You know that for the sake of that earthly bread the spirit of the earth will rise up against You and will strive with You and overcome Thee, and all will follow him [Satan], crying, “Who can compare with this beast? He has given us fire from heaven!” Do You know that the ages will pass, and humanity will proclaim by the lips of their sages that there is no crime, and therefore no sin; there is only hunger? “Feed men, and then ask of them virtue!” that’s what they’ll write on the banner, which they will raise against You, and with which they will destroy Your temple.

In the Second temptation, Jesus is urged to throw Himself from the Temple and let the angels save Him – thus demonstrating His divinity. It is the temptation which we all face from time-to-time, when we ask, “Why doesn’t God intervene [now!] and give us justice or prevent suffering, etc.” We despise the “weakness” of God and mock Him, at the same time despising our own weakness and making us vulnerable to every successful huckster who promises us a share in his secrets.

The Last Temptation is perhaps the greatest, and the one that most torments our modern thoughts. Christ is offered the “kingdoms of this world” if only He will worship the tempter. It is the temptation of power. What if you had all power? What wonderfully good things could you do?

One place where such an inner dialog takes place is in the purchase of a lottery ticket. Powerball approaches half-a-billion dollars and the ticket is only a couple of bucks. The purchase is made (why not? there’s no commandment against it) and sits quietly in our pocket. The thoughts begin. You know that the odds are ridiculously against you, but you can’t help imagining what life might be like if you won. “If I were a rich man…” I have been told any number of times, “If I win the lottery, I’ll give the money for a new church building.” Of course. We keep only a small portion, say some tens of millions for ourselves. With the rest, we will build a better world, maybe create a charitable foundation (like a Bill Gates). On and on we muse.

Modernity’s mantra, “make the world a better place,” is invoked repeatedly in one guise or another. Every invocation promises that with money and power, we could really make a difference. The myth (or lie) that this perpetuates is that the only thing standing between us and a better world is lack of resources. The truth is that, at the present time in our modern age, there is no lack of resources, no lack of wealth. The abundance of the world is overflowing. People are hungry and starve, etc., for lack of goodness. It has been observed by some that every famine in our modern time has had politics as its primary cause. We are not the victims of nature – but of one another.

It is, of course, ironic that Satan should offer Christ “all the kingdoms of this world.” How do you offer the Lord of All anything that is not already His? He refuses them (at least when offered on the devil’s terms). The way of Christ is the way of God – it is the way revealed in the Cross. The world will be saved in the mystery of the Cross, the self-emptying love of God. Not only is the world saved in that manner, but, those who are being saved are invited to join in that salvation – to empty themselves in self-sacrificing love. That is the proper description of the Church, though it is frequently refused and replaced with an effort to be a “helping” organization, a religious adjunct to the build-a-better-world project of modernity.

While Rome postured and threatened Jesus, telling him that it had the power to kill Him or release Him, He patiently waited for the crucifixion He knew would come. “You could do nothing had it not been given to you from above,” He tells Pilate. God is in charge of the outcome of history, plain and simple. He has, however, entered into history itself, not as its Master and Builder, but as its Savior. That salvation is a way of life, to walk the way of the Cross.

When I write on the issues of modernity, I continually point us back to the Cross. Jesus had a famous conversation with a Rich Young Ruler, at the end of which He said, “If you would be perfect, sell what you have, give it to the poor, and come and follow me.” I have imagined the Rich Young Ruler as a modern man. He says in return, “Well, can I keep my money if I promise to only use it for good?” The power of modernity (its wealth, its technology, its politics, its philosophy of individual freedom, etc.) is the stuff that dreams are made of. Strangely, we discover that all of that power keeps us awake at night, anxious and sick. The Rich Young Ruler turned down the offer to become a god (a Christ-like saint) in order to become a manager. That is the sickness of our age.

We are awash in the temptations of our age (which are not new temptations, other than in the imagined scope of their possibility). It remains for us, as followers of Christ, to do the “next good thing” in the smallness of our lives, emptying ourselves in the face of these temptations with confidence that Christ has walked this way before. The Cross feels empty, weak and foolish. To take it up as a way of life invites the taunts of others who will accuse us of not wanting to make the world a better place. They do not understand that for the world to be saved it must pass through the eye of a needle. That journey requires that we become small indeed.