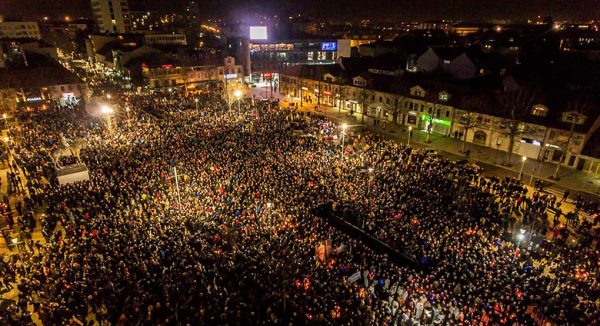 The most mass procession in recent times with a prayer in defense of the Serbian Orthodox Church against the discriminatory law on religious communities took place on Sunday, February 2, in Podgorica, the capital of Montenegro.

The meeting point became the square in front of the Church dedicated to the Resurrection of Christ in Podgorica, where Montenegrin “tribes” (clan unions) walked with flags and crosses from the surrounding districts during the day, RIA Novosti reports with reference to the local clergy. 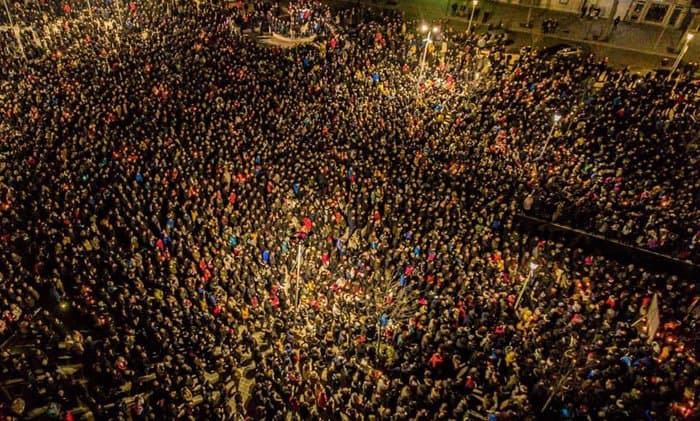 “This is the largest gathering so far, this temple does not remember a bigger one. The procession through the streets should take place peacefully and with dignity. We must be prepared for any provocations, we’ll go through the city center,”Archpriest Predrag Shchepanovich told those gathered.

In addition to Podgorica, meetings of believers were held in many cities of Montenegro on February 2 starting from the Adriatic coast in Bar to the border with Serbia in Bijelo Pole.

Rector of the Cetinus Seminary, Archpriest Goyko Perovich, said that processions and prayers gather up to 150 thousand people across the country on Thursdays and Sundays.

It is noted that earlier the Montenegrin-Primorye Metropolis of the Serbian Orthodox Church reported on the upcoming verification of the controversial law in the Constitutional Court of Montenegro. In turn, the head of the metropolis, Metropolitan Amfilohij, said that he would not negotiate with the authorities of Montenegro, while the controversial law on religious associations remains in force. 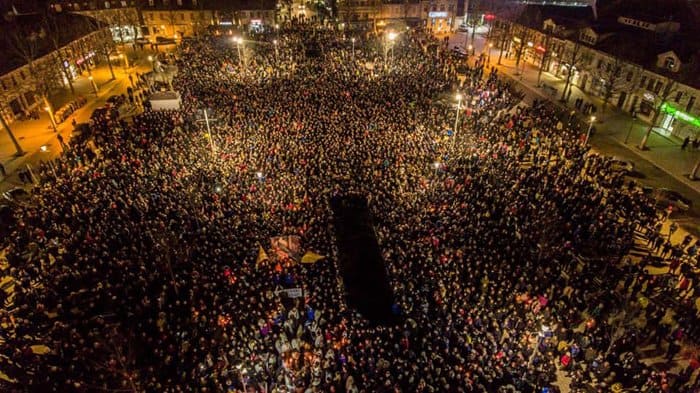 On the night of December 26-27, 2019, the Parliament of Montenegro (Skupschina) adopted a draft law “On Freedom of Religion and Belief and the Legal Status of Religious Communities”, which infringes on the interests of the Serbian Orthodox Church. 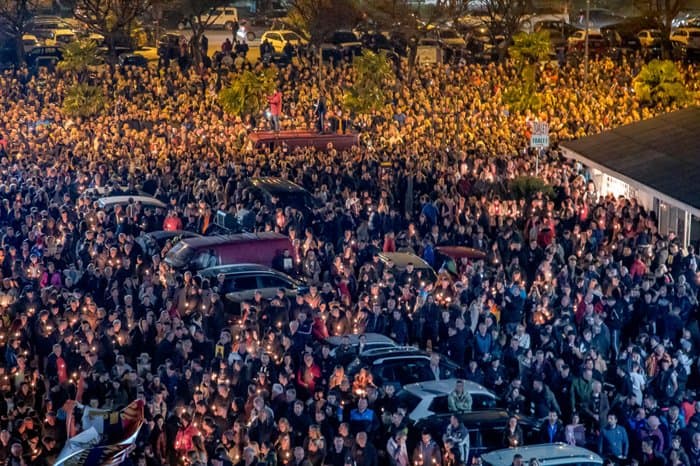 The bill provides for the removal from the Serbian Church and transfer to the state ownership of objects and lands used by religious communities, if they belonged to the state before December 1, 1918, or if there are no documents on their registration as church property (most often the ancient shrines). We are talking about more than 650 shrines, including the famous Ostrog monastery, where St. Basil of Ostrog worked.

Protesting against the controversial bill, Montenegrin residents took to the streets of cities, blocked roads, blocked bridges. Believers of Montenegro supported the Orthodox Serbs. The Holy Synod of the Russian Orthodox Church also made a special statement.