Moscow To Declare Day of Mourning For Metro Accident Victims 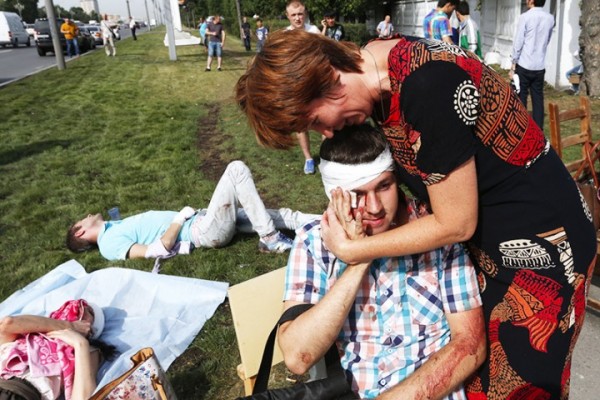 Meanwhile, the death toll rose to 20, according to the medical authorities. A total of 129 passengers in the derailed metro carriages were taken to various city hospitals. Forty-two of the injured are in serious condition.

Vladimir Markin of the Russian prosecutor’s office said that investigators were  looking into several causes of the accident – all of them technical – and added that soon there will be suspects.