Patriarch Kirill Prays for Victims of the Moscow Metro Accident

Source: Pravmir.ru
Patriarch Kirill offered his prayers for the repose of the dead and the speedy recovery of all the accident’s victims.
Natalya Mihailova | 16 July 2014
July 15, 2014 On July 15, 2014, in the All Saints Church at the Russian Patriarchal Synodal residence in the Danilov Monastery in Moscow, Patriarch Kirill of Moscow and All Russia served a litany for the victims of the accident in the Moscow metro. 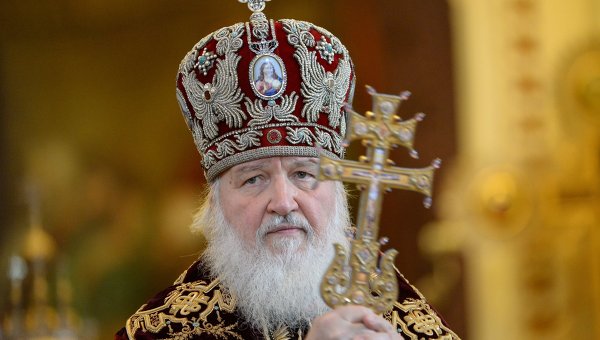 The tragedy occurred this morning on the Arbatskaya-Pokrovskaya line. Three train wagons derailed between the stations “Park Pobedy” and “Slaviansk Boulevard.” According to recent reports issued by the Ministry of Health and the Ministry of Emergency Situations of Russia, twenty people were killed as a result of the accident. More than 160 people were injured and 129 were hospitalized, forty-two of whom are in serious condition.

The Primate of the Russian Orthodox Church offered prayers for “the repose of the souls of God’s servant, who suffered in the metro.”

At the end of the litany for the reposed, His Holiness expressed his deep sympathy for the bereaved families and those injured in the accident:

“I express my deepest sympathy for all the families and friends of those who met death this morning in the Moscow metro.

“Every death, even after a long illness, causes grief in the hearts of loved ones. How much more tragic it seems when it comes so unexpectedly. Indeed, people are cut to the quick, since relatives and friends, who were still alive this morning, are now asleep in the Lord.

“God holds each of us throughout life; no one knows the ways of God (Romans 11:33). Yet when we come into contact with sudden death, we must remember that everything is in God’s hands. And that which is not understood by people is understood by God. Today we need prayer for those who died a sudden and unprepared death. Let us pray that the Lord took their souls into His Heavenly Kingdom and made ​​their memory prayerfully eternal in our hearts.

“I would also like to express my sympathy to those injured as a result of this disaster. May God bless all those who are now in Moscow hospitals, granting them speedy healing and the restoration of their strength. I urge everyone on whom it depends –authorities and volunteers, law enforcement officials, members of our health departments and social workers — to do everything to ensure that the consequences of this disaster are minimized.

“Often such events cause people to have a heightened sense of solidarity and a need for interaction. May God grant that today, when we together overcome this accident, will lead to an increased awareness that we all have to share grief with each other (Galatians 6:2), as well as support each other in joy. May the Lord protect you all.”