Moscow Demands Probe Into Attack on Orthodox Church in Ukraine

Source: Sputnik
On Monday morning some people were spotted throwing Molotov cocktails at an Orthodox church at the Babi Yar WWII memorial site, attempting to set it on fire, according to media reports. A sanctuary of the church was damaged, as a result of the arson.
Natalya Mihailova | 27 January 2015 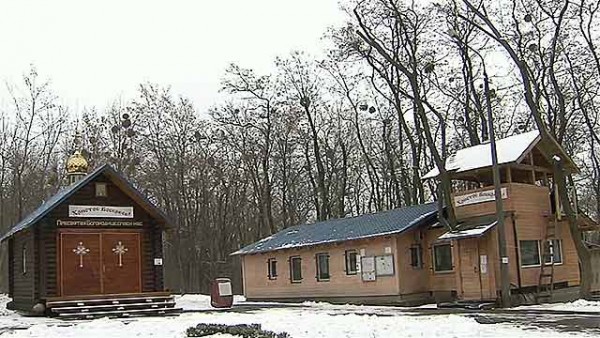 MOSCOW, January 26 (Sputnik) — The Russian Foreign Ministry demanded on Monday that the Kiev authorities launch a criminal probe into a recent attack by Ukrainian nationalists on an Orthodox church at a site of WWII Holocaust massacre on the outskirts of Kiev.

“It is not the first time the Ukrainian nationalists attack religious sites with silent consent by the Kiev authorities,” the ministry said in a statement condemning the attack on the church at the Babi Yar WWII memorial site.

“We demand a thorough investigation of the crime and strict punishment for the guilty,” the statement said.

On Monday morning some people were spotted throwing Molotov cocktails at the church, attempting to set it on fire, according to media reports. A sanctuary of the church was damaged, as a result of the arson.

More than 70 Orthodox churches have been damaged during the conflict in southeastern Ukraine with 10 of them completely destroyed, the Donetsk Diocese of the Ukrainian Orthodox Church of the Moscow Patriarchate said in the beginning of January.

The armed conflict in Ukraine began in April 2014, when Kiev launched a military operation to suppress pro-independence forces in the east of the country.