Source: Interfax-religion
Natalya Mihailova | 28 January 2015
Moscow, January 28, Interfax - The head of the Synodal Information Department Vladimir Legoyda has expressed concerns about the church arson in the Kiev Desnyansky district and other church arsons in Ukraine. 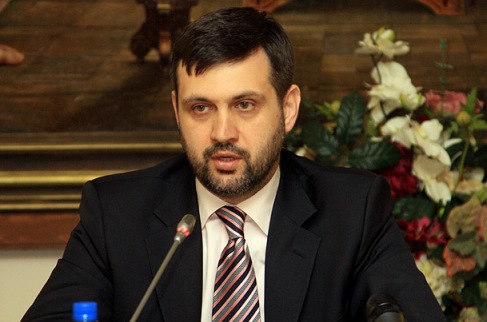 “Reports of attacks, arsons and destruction of Ukrainian Orthodox churches have become frighteningly frequent,” Legoyda was quoted by his press service.

He said the Ukrainian Orthodox Church is the church of the majority of Ukrainians, which is “closely connected to their national identity and their affiliation with the family of the Orthodox peoples of the world.”

“Only a person who is totally uncultured, hateful and cynical can perpetrate violence against a religious building,” Legoyda said. He said he is convinced that “only people who despise their own people can harm churches, creating new points of conflict,” at this time, which is tragic for Ukraine.

“I am once again calling on people to turn to the Ukrainian Orthodox Church as the uniting element in Ukrainian society, the starting point on the path to long-waited for peace, for which believers in Ukraine, Russia, Belarus and many other countries are praying,” Legoyda said.

According to earlier reports, unknown individuals have recently set fire to two churches of the Ukrainian Orthodox Church (Moscow Patriarchate) in Kiev. One of the churches is located on the territory of the national historical-museum reserve Babi Yar and the other is located in the Desnyansky district of Kiev.