Source: Interfax-religion
Natalya Mihailova | 28 May 2016
Moscow, May 27, Interfax - Orthodox world unites over 300 million believers, over half of them are believers of the Russian Church, head of the Synodal Department for External Church Relations Metropolitan Hilarion of Volokolamsk reports. 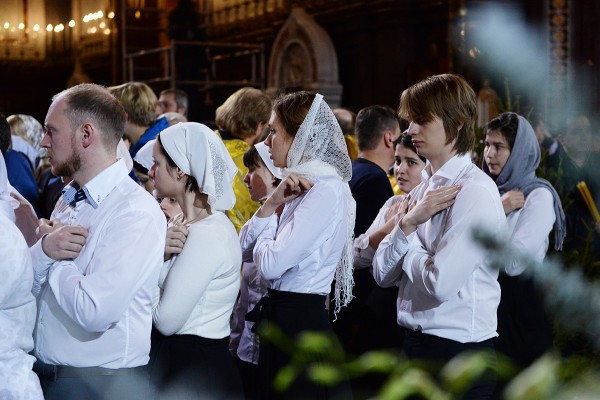 “As to the number of believers it (the Russian Church – IF) holds the second place in the world after the Roman Catholic Church. The Russian Orthodox Church has 193 dioceses, 354 hierarchs, about 35,000 churches, about the same number of priests, almost 5,000 deacons,” the hierarch said speaking before chairs, lecturers and cadets of the Military University at the Russian Defense Ministry.

He told that since 1988, when the 1000-year anniversary of Russia’s Baptism was celebrated, the Moscow Patriarchate opened a thousand churches a year, which makes three churches a year.

“There has never been such unprecedented growth of the Church in history,” the metropolitan resumed.