Mothering from the Womb: Beginning…with Prayer 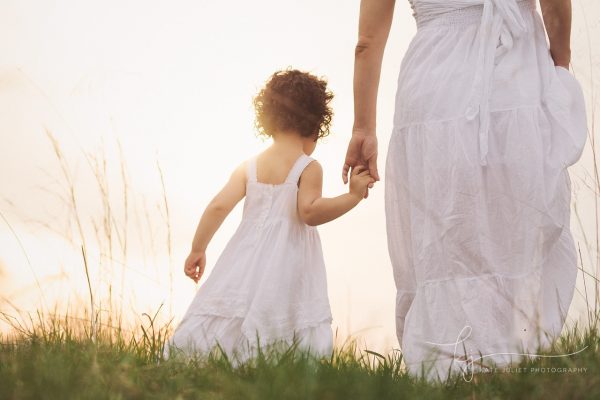 Today is the beginning of our salvation,
The revelation of the eternal mystery!
The Son of God becomes the Son of the Virgin
As Gabriel announces the coming of Grace.
Together with him let us cry to the Theotokos:
Rejoice, O Full of Grace,
The Lord is with You!

Our mothering starts in our wombs. I didn’t think about that reality much before being pregnant.  I thought about pregnancy and hoped to someday be blessed with children, but my thoughts didn’t go far beyond that. I think about it often now…when I diagnose pregnancy in a patient, when I care for a pregnant mother, when I reflect on my own mothering.

So, we mother our children within our wombs. But, what does that look like? What does that feel like? How are things different for us?

When the angel Gabriel spoke to Mary—when she learned what was happening within her—her response was “Behold the handmaid of the Lord; be it unto me according to thy word”. Her first response was a prayer.  That is the first way that we manifest our mothering, with our prayers.

I remember the moment when a pregnancy test turned positive in our first little apartment home—the world turned a little slower, my future that had seemed so clearly aligned froze and the pieces slid apart to make room for the reality that I had just became a mother.  We had just become parents. It was a moment that I had thought about forever, but hadn’t planned for at exactly that time. I was excited, I felt blessed, I was scared. And I prayed, “Lord Jesus Christ, Son of God, have mercy on me. Help us to do this. Take care of our baby. ”

By the first time that I found out I was pregnant, I was about 6 weeks along. That meant that my baby’s little heartbeat was already established, that his initial cell divisions had already happened.  Though he was only 1/4 of an inch in size, his spinal cord was formed and beginning to fuse to create the anchor of his body’s nervous system, his brain was taking shape and determining which cells would control different aspects of his existence, and his eyes were just starting to be developed.

I remember that sometimes, in the early days of pregnancy, despite that positive pregnancy home test, the concept was so new that I forgot I was pregnant—my belly didn’t yet look pregnant and I couldn’t feel even a bit of baby’s movement. However, much of the time, I was aware that God was doing unfathomable, creative work within me.  I wanted to pray for my baby with every one of my own heartbeats.  I prayed that he would divide and grow well. That his cells would migrate to the right places to form the right kinds of tissues in the right places.  I prayed that what I was doing in my own life would be life-giving to him.

When my children were nestled snugly within my uterus, I worried as all mothers are prone to do. Now that my children are outside and older, I can speak to them and attempt to convince them to stop the behaviors that are worrying me (my words, however, don’t often achieve the desired result). Pregnant mothers can’t ask their children to stop worrying them; they can, though, strive for their pattern to become turning worries into prayers and supplications to God. As a mother of four children who are now outside with me in the world, I think I would do well to remember how I mothered them in the womb with prayer and learn from this! I feel confident that my words going upward toward our Father can do far more than they do when going horizontally towards my children’s ears.

Let’s begin our prayer lives as mothers from the womb. Let’s learn to speak to God about our babies, no matter how old they are now. Let’s pray for the health of our babies, physically and spiritually.  And, for all of us mothers, let’s strive to trust God as He forms our children inside and outside of our wombs.

And so mothering begins…with prayer.  And so we learn to pray…with motherhood.