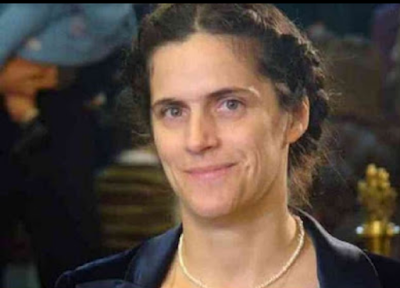 Maria S. lost her life in a car accident a few days ago as she returned home from her job.

The unfortunate mother was a mid-wife by profession and a mother of ten children that ranged in ages from 2 months old to 22 years old.

Last Saturday her funeral was celebrated, with thousands of people present, since she was very much loved in Oropos, where she lived with her family of many children.

Everyone who was present at this final farewell talk about something unusual that happened. It was the family who encouraged the people and not the people the family.

Her husband and children were dressed in white, almost smiling and chanting the Resurrection hymn “Christ is risen”.

This was also their response when people offered their condolences and wished a Good Paradise. “Christ is Risen!” they responded. It should be noted that this woman had graduated from theological school and seems to have transmitted some of her values to her children.

A priest did not hesitate to share a conversation he had with the unfortunate woman, who described some of her conversations with her children. The priest shared some of these conversations on his blog Aερικές Eποχές.

Among the things recorded there, we read:

“Maria, are you worried about your children now that they have grown up?”

“There is no better father and educator than God Himself. Yet still His first-formed children decided to disobey Him and His commandments and to depart far from Him. I can only struggle for myself, and for my children I simply pray.”

“Don’t you admonish them?”

“If a couple is loving towards each other, nothing else is needed. This alone is enough. I enter my house and feel like my children are my ducklings, they follow me everywhere to talk. They do it even when I tell them, “Children, you make me fell like a duck, leave me alone just for a bit.”

“Are you among those who believe that bearing many children is salvific?”

“When I met Spyro we decided to have five children, as we considered it an ideal number, but we enjoyed each child and wanted another. Just so you understand how much I enjoy even the last child I had (the tenth), I never allow my children to change his diapers. I tell them that this is my child, and when you have your children you can change yours. Now when I had my sixth child I asked Father Damaskinos about my own spiritual anxieties, if God would take account of my struggles in having many children, because I was told that if you have more than six children God looks upon it as a cross, and he agreed.”