Source: Breitbart
Thomas D. Williams, Ph.D. | 27 June 2018
Muslim Fulani herdsmen massacred some 120 Christians in central Nigeria over the weekend, the majority of whom were returning from the funeral of the father of a local Christian clergyman. 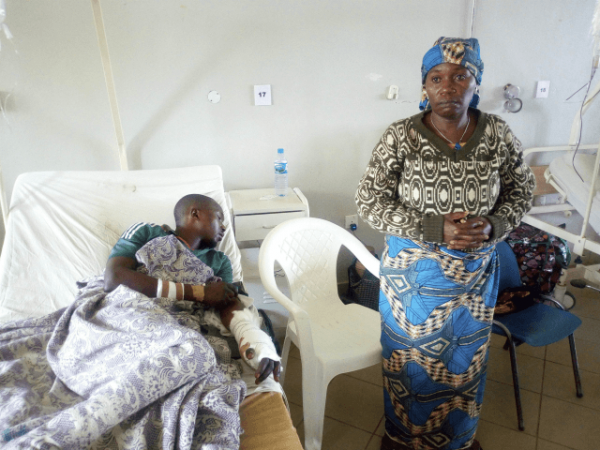 In an attack that lasted several hours, heavily armed gunmen identified as Fulani herdsmen open-fired on citizens in a number of villages in Plateau State, killing about 120 and injuring over 200 more as they returned from the funeral of a local Christian minister. The herdsmen reportedly also burned some 50 homes to the ground.

The pastor in charge of Church of Christ in Nations (COCIN), Pam Chollom, said that majority of those killed in the attack were Christian mourners.

“Herdsmen attacked our members who attended the burial of the father to one of our clergy, Baba Jakawa,” Pastor Chollom said, adding that the deceased man was over 80 years old and a committed member of the church, “so his burial attracted many sympathizers.”

“The armed men ambushed the sympathizers on their way back from the burial, attacked and killed 34 persons from Nekan village, 39 others from Kufang, and 47 people from Ruku village,” he said.

One eye-witness to the attack, Masara Kim, who was also returning from the funeral service and narrowly escaped being killed himself, said that the assailants “opened fire on the convoy of sympathizers and bullets hit a vehicle which I was travelling in, injuring one person.”

“At least four other travelers were critically wounded in different other vehicles,” he said, with many of the injured scattering into the underbrush “amid heavy gunfire.”

“The attackers by their looks, were herdsmen,” he said.

The attacks, which are being described as an “11-village massacre,” began at about 1:00 p.m. Saturday and lasted until 8:00 that evening, according to police reports.

On Sunday, Plateau State Police Command said it had counted 86 bodies, but since then the estimate of casualties has grown to approximately 120.

Mainstream media such as CNN reporting on the story predictably downplayed the religious nature of the attack and the identity of the assailants, vaguely describing the incident as an example of “ethnic tensions.”

Agence France Press (AFP) said that the killings “are the latest in a long-running battle for land and resources” while the BBC similarly highlighted that “the area has a decades-long history of violence between ethnic groups competing for land.”

The Associated Press (AP) went so far as to attribute the attacks to “climate change,” alleging that herders in central Nigeria “are forced south into more populated farming communities in search of safe grazing.”

Meanwhile a representative of the Muslim herders blamed the attacks on the Christians, saying the shootings took place in retaliation for local villagers having killed 300 cows in recent weeks.

“These attacks are retaliatory. As much as I don’t support the killing of human being, the truth must be told that those who carried out the attacks must be on revenge mission.”

“The attacks will stop as soon as the security agencies stop Berom youths from stealing Fulani cows,” he said.