Source: Reuters
Pravmir.com team | 10 August 2018
Uruguay and Cuba are only Latin American countries that have broadly legalized the procedure 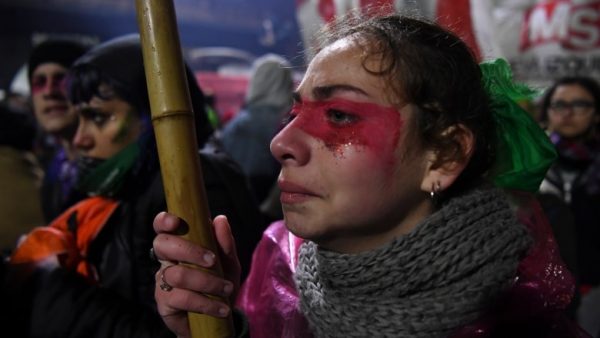 An activist in favour of legalizing abortion in Buenos Aires. (Eitan Abramovich/AFP/Getty Images)

Argentine senators rejected a bill to legalize abortion after an impassioned debate ran into the early hours of Thursday, pushing back against a groundswell of support from a surging abortion rights movement.

The Senate voted 38-31 against the proposed measure, which would have legalized a woman’s right to seek an abortion into the 14th week of pregnancy. The bill had narrowly passed in the lower house in July.

Families and clergy in baby-blue bandanas gathered outside the congressional palace as the result came in just before 3 a.m., waving Argentine flags in support of the Catholic Church’s anti-abortion stance in Pope Francis’s home country.

“I’m still optimistic. It didn’t pass today, but it will pass tomorrow, it will pass the next day,” said abortion rights supporter Natalia Carol, 23. “This is not over.”

“What this vote showed is that Argentina is still a country that represents family values,” anti-abortion activist Victoria Osuna, 32, told Reuters.