Source: Patheos
Kathy Schiffer | 09 June 2014
Pope Francis has sent a “personal message” to Russian Orthodox Patriarch Kirill, inviting him to meet and indicating that “he is willing to meet at any place.” 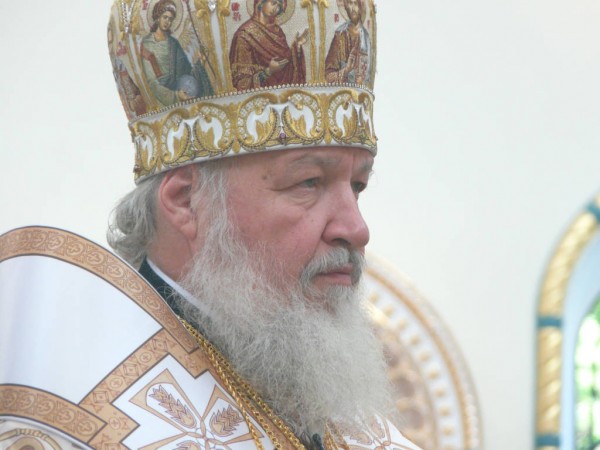 Apparently, Pope Francis sent the message while on pilgrimage to the Holy Land, where he embraced the Ecumenical Patriarch of Constantinople, Bartholomew I.  AsiaNews reports that the the message was delivered by Msgr. Massimo Palombella, director of the Pontifical Sistine Chapel Choir, when the choir performed in Moscow on May 27.  The choir sang as part of a celebration marking the fifth anniversary of the Patriarch Kirill’s enthronement.

The Pontiff’s words were relayed in private, “in front of very few people” on the margins of the concert held in conjunction with the Synodal Choir of the Moscow Patriarchate. The same sources say that Kirill limited his response to “thanks” for the “precious gift” made to him by “friends in Rome”….. According to sources in the Catholic community in Moscow, the timing of the message was not random: during the days when he was meeting with Bartholomew–who the Moscow Patriarchate sees as a rival within the Orthodox world–the Argentinian Pope wanted to reiterate his interest in also having good relations with the Russian Orthodox Church.

There’s no report as yet whether Patriarch Kirill would meet such an offer with appreciation.  On May 28, Patriarch Kirill spoke of a “cooling” in relations with the Vatican, stemming from Greek-Ukrainian Catholics’ involvement in the protests in Kiev and their political positions, which the patriarch described as “Russia-phobic.”  He has said that the situation in Ukraine casts a “very sad shadow” over relations with the Holy See.

But despite Russian Orthodox misgivings regarding the Holy See, there seems to be a generally positive attitude toward Pope Francis.  On May 13, Patriarch Kirill sent a letter to the Holy Father on the occasion of the first anniversary of his pontificate.  The letter said, in part,

The first year of your pontificate was marked by great expectations and important initiatives in the Roman Catholic Church. The endeavours of Your Holiness to make the presence of the Gospel ideals in the life of modern society more distinct have already yielded good fruits. Your care for the suffering and the destitute reminds people about the duty of brotherly love and about the necessity to show, by good deeds, solidarity with the needy.

Last year, the bilateral relations between the Russian Orthodox Church and the Roman Catholic Church saw further development. I am pleased to note the high level of mutual understanding and the desire of both sides to strengthen the Orthodox-Catholic cooperation in order to uphold Christian spiritual and moral values in the modern world, defend the oppressed, and serve the neibours.

…According to sources in the Orthodox community, the Patriarch’s words “were not addressed directly to the Pope, whose work he continues to appreciate, but in general to those in the Catholic Church who have no interest in ecumenical dialogue”.

This position is reflected in recent statements by Metropolitan Hilarion of Volokolamsk, head of the Synodal Department for External Church Relations. “There is a part of the Catholic Church that is investing energy, talent and resources to strengthen the interaction between Catholics and Orthodox, while another is doing everything possible to create distrust and enmity”, denounced the metropolitan during a June 3 address to a Congress in Minsk.

“If the world hates you, realize that it hated me first…. If they persecuted me, they will also…