Source: The Christian Times
Jardine Malado | 29 July 2017
The number of Russians who identify as atheists has dropped by half in just three years, according to a recent study. 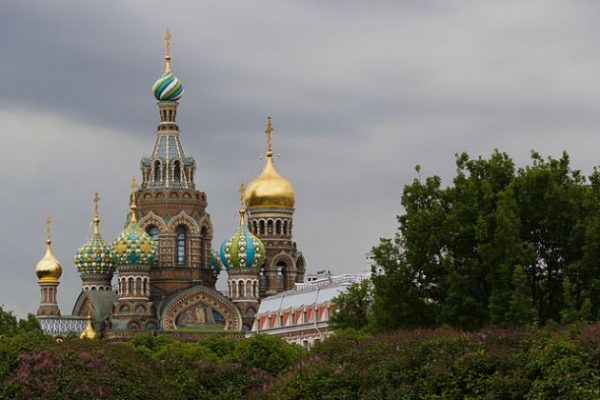 The study, conducted by the Levada Research Center in late June, revealed that the number of Russian atheists fell from 26 percent in 2014 to 13 percent in 2017. As many as 44 percent described themselves as “quite religious,” while 33 percent said they are “not too religious.” Nine percent of the respondents considered themselves “very religious.”

Religious believers now make up 86 percent of the Russian population, with Orthodoxy remaining as the most popular religion. Over 92 percent of the respondents view the Orthodox church with “respect and benevolence.” Seventy-four percent said the same about the Catholic church, but 10 percent said they have “conflicted feelings” towards Catholics. Another five percent view Catholics with “dislike” or “fear.”

As many as 59 percent of the respondents have a favorable view of Islam, while 17 percent have “conflicted feelings” toward Muslims, and 13 percent view them with “dislike” or “fear.”

The same poll showed that 63 percent of Russians describe their attitude to atheists as “good and respectful,” with eight percent stating negative feelings towards the group.

Regarding Jewish people, 55 percent of the respondents said they had a good attitude towards the group, with 17 percent reporting controversial feelings and 11 percent saying they had negative sentiments.

The survey was conducted on a representative all-Russian sample of urban and rural population among 1,600 adults in 137 settlements in 48 regions of the country.

Analysts from Levada noted in comments published on the group’s website that while the share of religious people had increased, the strength of their faith had apparently weakened.

“The increase in the number of believers is not accompanied by sincere faith or understanding of importance of the religion for spiritual life,” the comments read, as reported by Russia Today.

“Indirectly, the weakness of Orthodox Christian norms can be confirmed by growing opposition to restrictions imposed during major fasts – such as the restrictions on entertainment, alcohol or sex. The number of people who say that they are not ready to bear this burden has increased up to two times over the past few years,” it continued.

Levada, which is a non-governmental Russian research center, has been declared by Russia’s Ministry of Justice as a “foreign agent” last fall, just two weeks before the parliamentary elections. All the other main polling centers in the country are controlled by the Russian government, according to TRU News.

Lev Gudkov, the director of the research center, said that the measure amounted to political censorship.

“This practically means the imposition of political censorship and the impossibility of independent polls. It’s the typical behavior of this repressive regime,” he said.

The donation, which will help fund the restoration of 31 churches, is part of the Hungarian government's efforts…

The announcement came during a Christmas liturgy at Cairo's Coptic Orthodox Cathedral, celebrated by Patriarch Tawadros II. The…