Source: Breitbart
Thomas D. Williams, Ph.D. | 16 January 2019
A recent ruling by the European Court of Human Rights (ECHR) found that German authorities had not violated a family’s rights when they stormed their home and carried away their four children to prevent them from receiving homeschooling, a decision condemned by human rights advocates as “a major blow to parental rights.” 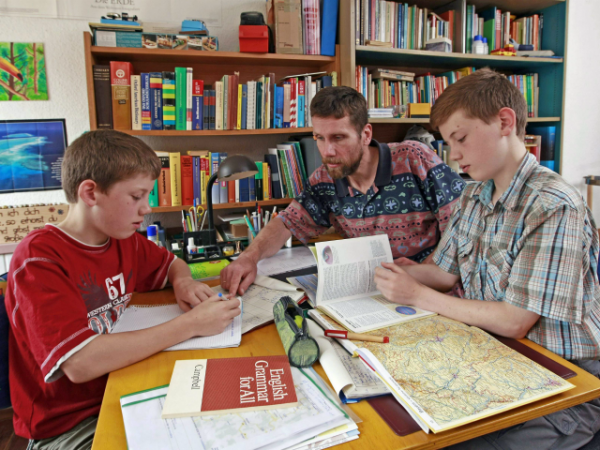 The case goes back to August 2013, when more than 30 police officers and social workers burst into the home of Dirk and Petra Wunderlich, just as they were beginning their first homeschooling lesson of the year, a practice that is illegal in Germany, and seized their children.

Ellen Fantini, Executive Director of the Observatory on Intolerance and Discrimination against Christians in Europe, told Breitbart News on Monday that Germany is one of the only nations to criminally enforce its ban on homeschooling, and that the officials had “entered the Wunderlich home with a battering ram and taken the children by force.”

The January 10 ruling by the ECHR defending the police action sends the very clear message that “German officials know better than parents how to educate their children,” Ms. Fantini said.

“This ruling ignores the fact that Germany’s policy on homeschooling violates the rights of parents to educate their children and direct their upbringing. It is alarming to see that this was not recognized by the most influential human rights court in Europe,” said Paul Coleman, Executive Director of ADF International. “This ruling is a step in the wrong direction and should concern anyone who cares about freedom.”

“I see this ruling as a major blow to parental rights across Europe,” Fantini told Breitbart. “The Wunderlichs wanted to educate their children in the environment they thought best — the home.”

Fantini noted that the right of parents to direct the upbringing of their children is enshrined in all major human rights treaties to which Germany itself is a party.

“It is ironic that one of the German government’s arguments against homeschooling is that children should be exposed to those who think differently than they do,” she said. “The message is: diversity of viewpoint and philosophy is to be respected – unless it conflicts with the government’s views.”

“We will not give up the fight to protect the fundamental right of parents to homeschool their children in Germany and across Europe,” Donnelly added.

The court’s decision “reinforces prejudices about homeschooling and the idea that children receive defective or limited education if they are taught at home,” Fantini told Breitbart News.

The ECHR has shown that it is infected with this very prejudice by insisting that “compulsory school attendance is necessary for children to learn ‘social skills such as tolerance, assertiveness and the ability to assert their own convictions against majority-held views,’” she said.

The only legal recourse left to the family is to bring the case before the Grand Chamber of the European Court of Human Rights, the highest level of the Court.

“We are extremely disappointed with this ruling of the Court. It disregards the rights of parents all over Europe to raise their children without disproportionate interference from the state,” said Robert Clarke, Director of European Advocacy for ADF International and lead counsel for the Wunderlich family.

“We are now advising the Wunderlichs of their options, including taking the case to the Grand Chamber of the European Court of Human Rights,” Clarke said.