Source: Breitbart
The European Court of Human Rights ruled Monday that Bosnia and Herzegovina must take “all necessary measures” to remove a Serbian Orthodox church that was built in the courtyard of a Muslim woman expelled from her village during the country’s 1992-95 war.
Thomas D. Williams, Ph.D. | 03 October 2019 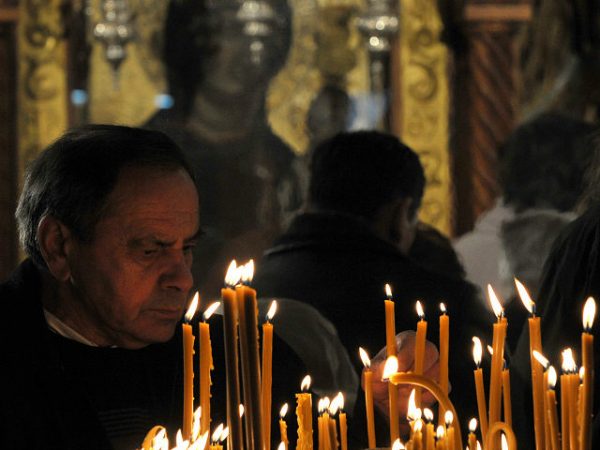 The court ruled that the 1998 church construction had been illegal and constituted a violation of the right to property, stipulating a three-month deadline to carry out the verdict and remove the church.

European Court judge Faris Vehabovic said that a failure to enforce the court’s decision would be a “crime” yet added that whether or not it will be enforced “is up to the Bosnian authorities to decide.”

In 2000, Fata Orlovic and 13 other family members initiated a legal battle to have the church removed after she returned to her home in Konjevic Polje in eastern Bosnia, some 20 kilometers east of Srebrenica.

Most viewed articles
Metropolitan Hilarion of Eastern America and New York to Be Buried in Jordanville on May 22321
What Do We Celebrate at Mid-Pentecost?135
Family Life and Spiritual Warfare111
God Within the Chaos81
Concelebration of Divine Liturgy by the Serbian Patriarch and Archbishop of Ohrid in Belgrade (VIDEO)80
Patriarch of Serbia to Concelebrate with Archbishop Stephen of Ohrid69
China’s Internet Clampdown Is Step Closer to ‘Cancelling Christianity’68
Registration Opens for June 17 Parish Development Forum Online28
Most popular authors
Pravmir.com team498
Ioannis Foundoulis135
Archpriest Michael Gillis111
Priest Peter Kavanaugh81
Donna Birrell68