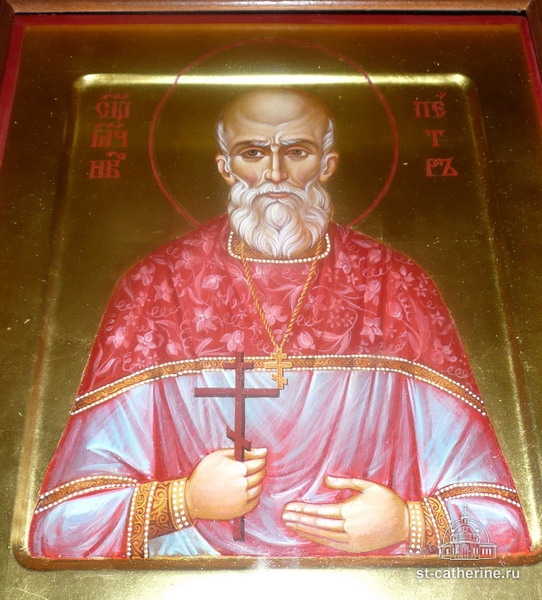 Moscow, January 31, 2019 – His Holiness Patriarch Kirill of Moscow and All Russia met with His Beatitude Metropolitan Tikhon of All America and Canada of the Orthodox Church in America at his patriarchal residence in Moscow’s Danilov Monastery yesterday. The two primates spoke of many topics concerning the bilateral relations between the two Churches, reports the Moscow Patriarchate’s Department for External Church Relations.

Met. Tikhon arrived to Moscow yesterday with a delegation from the OCA to participate in this weekend’s celebration of the 10th anniversary of Pat. Kirill’s enthronement as primate.

Among the topics discussed, Pat. Kirill noted that the OCA’s petition for the canonization of a new saint had been received.

“We have also received your petition for the canonization of Archpriest Peter Postnikov who served in [St. Catherine’s Church] and was shot at the Butovo firing range,” His Holiness said. This year marks the 25th anniversary of the opening of St. Catherine’s as the OCA’s representation church in Moscow.

“Of course, we will transfer this matter to the Commission for Canonization, and, in accordance with the procedure implemented by this commission, all the circumstances of Archpriest Peter’s death will be studied. Then we will share with you all the information, and I hope there will be nothing that would prevent the realization of your desire,” the Russian primate added.