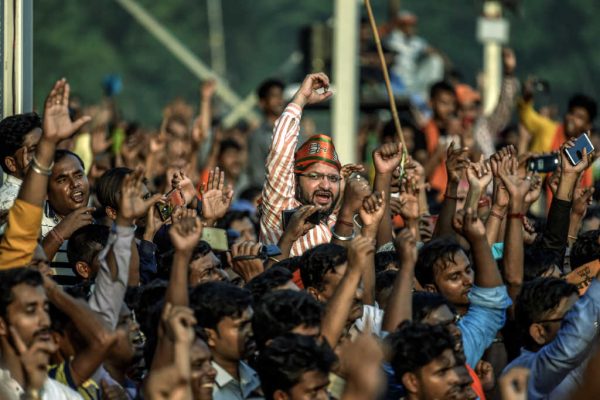 Authorities in Eastern India have bulldozed a Christian school in the latest spree of terrorizing behavior against the minority religious community.

According to Morning Star News, police rounded up 12 traumatized children after demolishing a Christian ministry’s school and hostel near the village of Lichapeta in Odisha state.

Reports indicate that Hindu extremists, who have become extremely violent toward the Christian community in recent years, persuaded the local authorities to destroy the local hostel and school, which educates around 250 students.

After the brutal action, child protection personnel seized six orphaned children and six others who had lost their Fathers to an attack by the communist guerrilla group known as the Naxalites.

“The children wept bitterly and pleaded, not wanting to depart,” Vijay Kumar Pusuru, who founded the school, told the outlet. “They caught hold of branches and trees. But ruthlessly they were snatched and taken away.”

Pusuru said that his school was the only one within a radius of about 62 miles, and provided vital education to kids from the surrounding areas. Shockingly, after opening the school in 2015, he recently found out that his land application had gone missing from the local village revenue office.

“The previous revenue officer who allotted me the land has been transferred, and a new officer has come instead,” Pusuru explained.

With the Hindu radicals lobbying the local government, the pressure mounted and, eventually, he was issued with a sizeable fine.

Despite hoping this would be the end of it, as he was running a Christian mission school, Pusuru believes that local officials were becoming increasingly agitated by the ministry activities.

“Government officials came to visit the children and questioned the children about prayers,” Pusuru told Morning Star. “The children informed them that there are no morning-evening prayers, but that prayer is a part of the school assembly every morning.”

Eventually, the local authorities announced they would be destroying the structure.

“I wept and begged the officer-in-charge, reminding him that the land was allotted to me by the previous officer, but to no avail,” Pusuru said. “I had invested a huge amount in the building and furniture, and everything is now gone.”

Knowing the incredible work that this devoted educator had put in to the building and running of the educational facility, the villagers were just as perplexed by the authorities suddenly flattening the building. Indeed, Village elders would donate to school’s work every month.

“The entire village favors me and recognizes my work,” he said. “They have seen me work hard for the upliftment of their children.”

Still, despite their best efforts, nothing could be done.

“When we protested peacefully, they beat us,” Pusuru said. “I told them that the reason they are officers today is because they got an opportunity to study, and that they should give that opportunity to these tribal children, but no one listened to me.”

Do continue to pray for all those oppressed for their faith across the globe.