Source: Radio Poland
Natalya Mihailova | 19 August 2016
Thousands of Orthodox Christians from Poland and abroad have gathered at the Holy Mount of Grabarka near Siemiatycze, eastern Poland, for the Feast of the Transfiguration of the Lord. 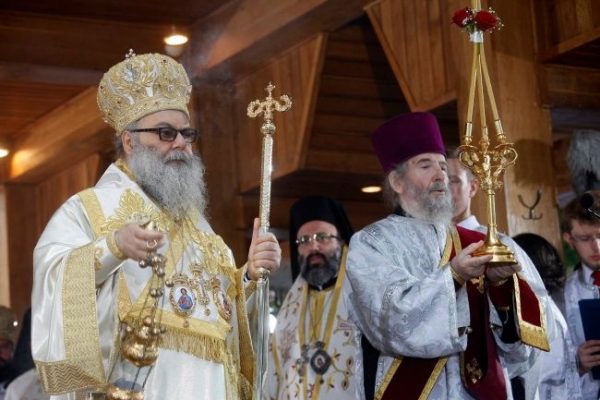 The main liturgy on Friday was officiated by John X, the Greek Orthodox Patriarch of Antioch, Metropolitan Sawa, leader of the Orthodox Church in Poland, and other senior churchmen.

They prayed for peace in Syria and the Middle East.

According to police estimates, some 20,000 faithful took part in the two-day religious ceremonies at Grabarka.

Around 2,000 arrived there on foot as part of pilgrimages from cities including Warsaw and Białystok, north-eastern Poland.

For Patriarch John X, who arrived in Poland on Tuesday, the ceremony at Grabarka was one of the main points of his first visit to this country.

According to the Orthodox Church, there are up to half a million Orthodox Christians in Poland. In the latest national census in Poland, however, only 156,000 people declared themselves members of that faith.