Over 60% of Russians Identify as Orthodox. 1 out of Every 6 is Atheist – Poll 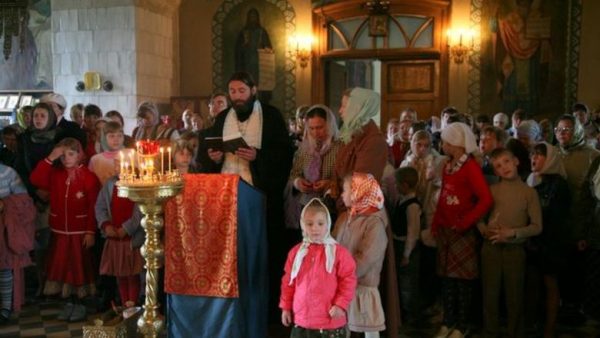 Two-thirds of Russian citizens (63%) identify as Orthodox, according to a poll done by the Russian Public Opinion Research Center (VCIOM) obtained by Interfax on Wednesday.

According to the sociological poll, an overwhelming majority of Orthodox Christians (86%) have been baptized and two-thirds of them (66%) were baptized because their parents or relatives had decided so.

The study shows that 34% of the respondents believe people should decide whether they want to be baptized at an adult age. The percentage of the respondents who said that is the highest among young people aged between 18 and 24 (59%).

The poll shows that 15% of the respondents identify as atheists. The percentage of atheists among young people aged between 18 and 24 is 37%.

“Analyzing the results of the study, one should seriously think about the increasing tendency towards the formation of a faith crisis in general and Orthodoxy in particular. Generation Z, which is also called the first fully digital generation, declares a considerable increase in the percentage of non-believers and an almost three times decrease in the percentage of Orthodox Christians,” said Kirill Rodin, VCIOM director for work with bodies of state authority, reported the VCIOM press service.

“The new generation has many differences from its predecessors, but there is no doubt that one of the dominating ones is that these are people from a new communication reality, which has new laws and instruments of influence on the formation of people’s outlook on life. The slowing modernization of the old formats of interaction with young people may become a fatal landmark in the identification of a new place and role of the institution of faith in society,” Rodin said.