Source: Interfax-religion
Natalya Mihailova | 29 April 2016
Moscow, April 28, Interfax - Russians have begun to hope for God's help, and/or have begun to speak about the predestination of people's fate by God, twice as often in the past 25 years, sociologists said, citing a poll conducted by the All-Russia Public Opinion Research Center (VTsIOM). 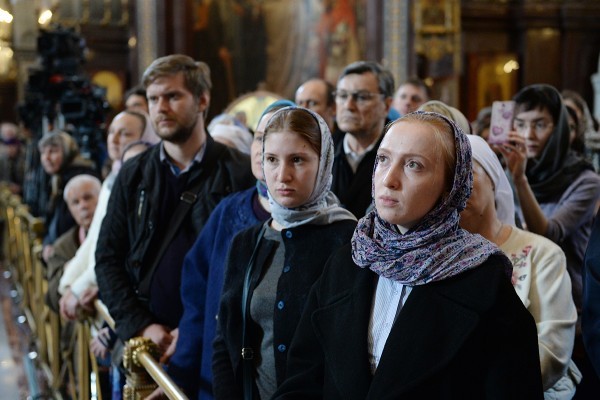 Sixty-seven percent of the respondents said they hope for God’s help in their daily life to a certain extent, which is a 18% increase from 1991 (49%).

As compared to 1991, Russians now believe more in phenomena associated with religion. Fifty percent of the respondents said they believe in religious miracles, which is a 18% increase from 1991 (32%). Forty-six percent of the respondents (against 33% 25 years ago) are confident that there is life after death. Forty percent believe in the devil and hell (against 25% and 24% in 1991).

Responding to a question as to whether human life is predestined by higher forces, 48% of the respondents said that it is (against 25% in 1991).

Speaking about whether anti-religious works should be banned at the legislative level, 58% of the respondents answered positively. This indicator has not changed since 1991 (58%). Twenty-five percent of the respondents spoke against such a ban, and 17% were undecided.