Passion Week Lessons: To Not Turn One’s Life Into a Fake 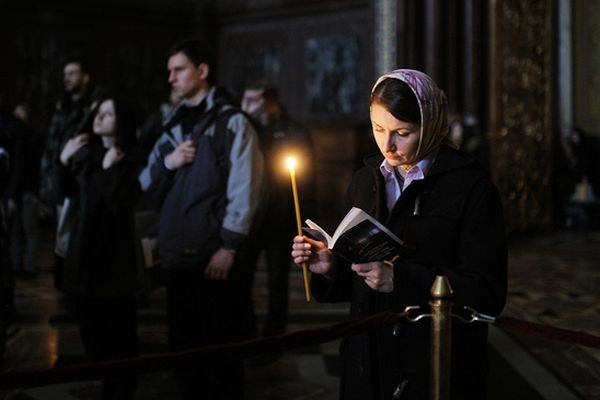 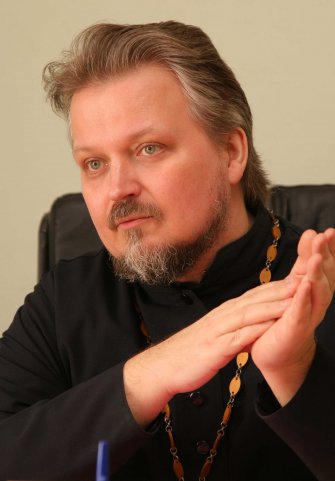 I see Passion Week as a whole undivided period of time, as a path that one should follow together with Christ and His disciples from God’s Entrance to Jerusalem to the Holy Resurrection of Christ and which goes through treachery, trial and Golgotha.

At the same time one cannot overlook nor ignore that all of these truly Great Days were filled with tragic misunderstanding of Christ, which was shown by both the authorities and ordinary residents of Jerusalem.

They welcomed the Savior at the entrance to the city expecting from Him not the great deed of love, but new miracles and healings, the end to the Roman occupation, the restoration of the Jewish government’s power, and various earthly benefits: anything that people usually expect from an earthly king.

The Son of God entered Jerusalem in order to fulfill His Father’s will, but people did not care about what was God’s and wanted their own wishes to come true and preferably faster. After only a few days therefore, the mood of many residents of Jerusalem, who did not get what they had longed for, changed drastically so that they would ask for the crucifixion of the One Who did not satisfy not even their hopes, but their lusts.

The Evangelists testified that even the closest disciples of Christ, the Apostles, did not always understand their Teacher. In this regard, Great Thursday is especially an illustrative example: when we remember the Lord’s Supper, during which God Who became a Human talked with people calling them His friends.

Moreover, He talked with them open-heartedly without parables, but frankly showing them His Father’s Plan for the world’s salvation. Nothing of this kind has ever happened in human history before or after that.

Is not it tragic that nowadays when it has been a long time since anyone judged someone for going to a church, we rarely find time or an opportunity to attend the divine service on Great Thursday in order to witness and be part of that wonderful conversation?

On Great Friday we see how the enemies of Christ insisting on and persevering in achieving their own goals were filled with such intense hatred for Him that they truly “did not know what they were doing”.

While attending a church on a Great Friday, one involuntarily finds oneself thinking where and with whom I would be, if I was destined to live during those days in Jerusalem.

Furthermore, it is significant that all of the wicked acts which the Evangelists described were committed not by atheists, but believers who followed all of the rules of their religion so zealously, many of us cannot even dream of it. 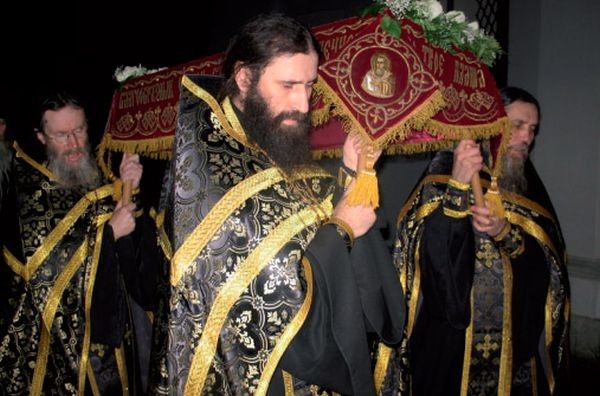 In my opinion therefore, it is so important to comprehend the tragedy that has happened to us, not for the sake of blaming ourselves, but so that it would never happen again.

Sometimes people who come to the Church from the world and become parishioners still seek not what is God’s, but what is their’s: health, success, well-being, status, and stature. When one does not get it, one resents it, “I prayed, I asked for it, I knelt, I bought the biggest candles. Why has not God given me what I asked for?”

Actually, it is no news. Some time before the residents of Jerusalem got furious at the Son of God in the same way, after they did not get what they wanted to receive from Him. Eventually everyone betrayed their calling: the disciple became a traitor, the trial became unfair, the soldiers became tormentors, the religious leaders started to fight God, and even the passers-by in Golgotha acted disgracefully and shamefully mocking the crucified Jesus.

Perhaps, the most important lesson of Passion Week is that the present is indeed not ours, but God’s. Therefore, if one wants to become a true human, one should seek what is God’s.

Since God is Love (John 4, 8), the direct path towards the present is the path of love for God and one’s neighbor, without which anything we are part of in parish, personal, professional or creative life becomes fake.

Moreover, one does not have to travel far to find an example. Go to a hospital, try to get some medicine or get an appointment with a doctor, and you will see that whatever the changes “the smart people of the authority” think of, all of them transforms into torture for ordinary people without love.

Or go to a school which “trembles” in April, because the Unified State Examination will take place soon and all efforts of the administration and teachers are put into finding a way for its students and the school itself to earn more points. Success at any cost! What kind of educational work is it, still less love for God or one’s neighbor?

However, if the hospital does not heal and the school does not educate, it means they have become fake. Or pay attention to how the mass media talk about Orthodox Christianity mentioning it at the end of a news broadcast before announcing yet another action movie.

At that a viewer begins to think that Christianity is when people buy pussy willow, gather baptismal water, or bathe in an ice-hole. It is a kind of “Christianity” without Christ. But is it even possible?

As if answering these questions, Passion Week testifies that Christianity values Christ, the Son of God, most.

Without Him everything becomes fake, including the religion, when people transform it into a way to achieve their own goals and make it serve their own interests, instead of seeking God’s truth and God’s love. Therefore, our life should be in Christ with love for God and our neighbors, so that it does not become fake. This love makes everything true, without which anything, including the person themselves, transforms into nothing (1 Corinthians 13:2).

It was recorded by Oksana Golovko