The Barren Fig Tree As Icon

There is a very strange story in the Gospel. It is about a miracle performed by the Savior on His way to Jerusalem. This story is read in church every year on Monday of Holy Week, and normally there is at least one person who is perplexed by this unusual action of Christ. Christ is the Giver of life, He is Life Itself – so then how can He take a life, killing an innocent tree?
Archimandrite Savva (Mazhuko) | 06 April 2015 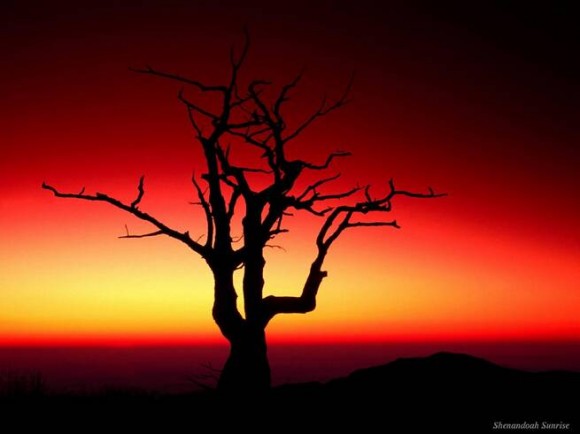 The Evangelists Matthew and Mark write that this took place on the day after the triumph of Palm Sunday, when the jubilant people met the Lord as king and resurrector, as a unique wonder-worker Who not just raised a dead man from the grave, but reversed the action of decay. 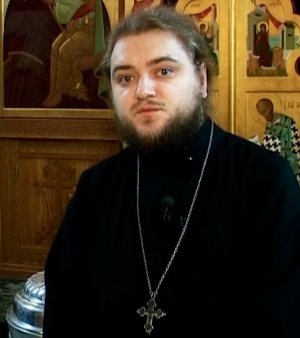 Surrounded by His disciples, Christ went to the royal city from Bethany, where the sisters Martha and Mary and their brother Lazarus lived. Along the way He began to feel hungry and approached a fig tree covered in leaves standing near the road: “He found nothing but leaves; for the time of figs was not yet. And Jesus answered and said unto it, No man eat fruit of thee hereafter for ever” (Mark 11:13-14).

The Evangelist Matthew says that the fig tree withered at once (Matthew 21:19), but Mark says that the disciples saw the dead tree only the next day (Mark 11:20). Whichever way it may be, it is completely clear that Christ’s word, His curse, killed the tree, and this fact is very confusing, worrisome, and disquieting. The reaction of the disciples is also disquieting: they were not at all indignant at the death of the tree but, like children, admired the show of strength and agility: that’s great, it dried up at once! And Christ Himself did not correct them at all, but only spoke of the power that can perform such an action: “Verily I say unto you, If ye have faith, and doubt not, ye shall not only do this which is done to the fig tree, but also if ye shall say unto this mountain, Be thou removed, and be thou cast into the sea; it shall be done” (Matthew 21:21).

First off, regarding the reaction of the disciples. Such was the cultural environment. In cabbalism there is the legendary ritual of Pulsa diNura or “lashes of fire.” The righteous are capable of performing a certain action against unbelievers or enemies of the truth, even by thought or word, that would kill their opponent, turning him into dust, causing him trouble, or a fatal disease. Therefore the faithful are fearful of whispers about “kfida,” or righteous anger, and how dangerous it is to offend the righteous and lead them to such a terrible state: do not put oneself against the saints! But does this apply to Christ? What, was the death of the tree a result of the anger of the righteous?

Was Christ angry out of hunger or at the disobedience of the tree? Did He not know that nothing grew from this tree? Or did He not know that at this time of year there could be no fruits on fig trees? If we believe in Christ as the Lover of Mankind, as the Incarnation of Love and Divine humility, if all of the Savior’s glad tidings are not of strength, but of love and humility, then we should seek other explanations for this unusual gesture, but certainly not that it was a manifestation of anger or pious irascibility.

For the “apostles” of vegetarianism, Christ is a very uncomfortable figure. He certainly ate fish. This fact is confirmed by a multitude of evangelical testimonies. And He not only ate them, but also caught them and even commanded His future disciples, as Lord of heaven and earth, to cast fishing nets. He also cooked fish on the fire, that is, roasted killed fish. Recall the story of how the Risen One appeared at the sea of Tiberias. The astounded disciples saw how the Lord prepared bread and fish for them on the fire (John 21:9).

Then, following the Lord’s command, in the Apostles’ nets were found 153 fish: a mysterious number, if one takes into account that the most mystical of the Evangelists never mentions anything for no reason in particular. But nowhere is it written that the fish were set free with an apology, while everywhere there is mention of meals with fish, and not only fish. Putting aside a detailed theological apology for fishing, let us still pose the question: what was going on with the fig tree? What is the meaning behind this clearly important action?

A prophetic gesture is seen in the cursing of the fig tree. The righteous of the Old Testament repeatedly performed such actions: strange and frightening, graphic, visibly embodying some important meaning, message, or revelation that, due to its plasticity and brilliance, become clear even to the simplest of people. The Prophet Ezekiel lay siege against a tile upon which Jerusalem was depicted (Ezekiel 4:1-3); Jeremiah solemnly hid a girdle beyond the Euphrates in the cleft of a rock (Jeremiah 13:1-7), which was a sign of the captivity of Judah; the Prophet Hosea married a harlot, thereby manifesting a sign of the falling away of the people from the true God; and his wife, Gomer, became a symbol of Israel.

Examples could be multiplied, but here is what is striking: the readiness of the righteous of the Old Testament to turn their lives into a sign, image, or myth according to God’s will; their fidelity to His word and courage to the point of disregard of self – for if I turn my life into an icon of a given truth, I sacrifice my only life to God, forgetting about myself to the end, thereby losing myself in this immersive ministry, as well as life itself in the sense of my own personal biography.

Approaching Jerusalem, Christ sees the fig tree. It stands against the background of the royal city “that killest the prophets, and stonest them which are sent unto thee” (Matthew 23:37), peeping out behind the foliage. And the tree itself becomes an “icon” of the city, marking out not just the fate of Jerusalem, but for all readers of the Bible a warning sign and a symbol of spiritual fruitlessness, sterility, and emptiness.

This tree has been remembered for two thousand years already, and likely will not be forgotten until the very end of history. How long can a fig tree live, a ficus carica from the mulberry family that bears fruit three times a year? A maximum of three hundred years. But this barren fig tree has outlived its natural age in its barren state. Christ did not kill this tree. He turned it into a word, into a myth, into a symbol.

The fig tree fared better than trees from which a Stradivarius violin is made, for the best that could become of its wood would be something necessary but not as noble, such as books, icons, crosses, or sculptures. Yes, that’s right: we become indignant at the death of a tree, while reading about it in a book made from a tree that has been killed, sitting in a chair made from a tree that has been killed, and leaning on a table that… you can fill in the rest.

In ancient Egypt boats were made of cedar, while in the Middle East they were made from cypress. Dead ones, of course. The Righteous Noah chopped his ark from the enigmatic gopher wood, and the Ark of the Covenant was made from the mysterious shittim wood, which is basically acacia. Pear and lime are good for carving, and prosthetics and furniture are also made from lime. If one is building a bathhouse, it is best to use aspen – dead, of course – for it does not burn; and on the floor it is good, but entirely unimportant, that aspen is used for matches.

The best barrels are made from oak, as are flooring and tables. Birch furniture is also good. Walnut will be more expensive, but is exquisitely tasteful; and for interior decoration there is beech wood, previously slain. If your spoons and bowls are made from maple, that does not mean that it is not also suitable for violins, just as spruce is; it is just that these dead trees are used for different parts of the violin and cello. And if you like sports, then take up a tennis racket, the best of which are made from dead willow.

Did Christ, the son of a carpenter, look upon the tree as work material? I do not think so. And if He did, what is wrong with that? And if He once turned wood into a word, into a symbol, that will never die, disembodying it to become an image that every one of us dwells upon at times, should we not marvel at this creation of the Wondrous Artist, Who does not allow anyone to die, especially those who dare turn their life into an icon?

I fast, I pray, I repent — But Where Is the Renewal?

The thought of fasting is always slightly sad. No, I am not sad about ice cream and cakes.…

What Does it Mean to Bless and to Curse?

The whole world awaits blessing from us as encouragement to life What does it mean to bless, and…