As the controversy regarding “same-sex unions” continues to rage across the world, and as the voices of both proponents and opponents of according them legal recognition grow louder and louder, we thought it worthwhile to revisit a prescient statement by the Western American Diocese of the Russian Orthodox Church Outside Russia issued nearly a decade ago, in 2004. 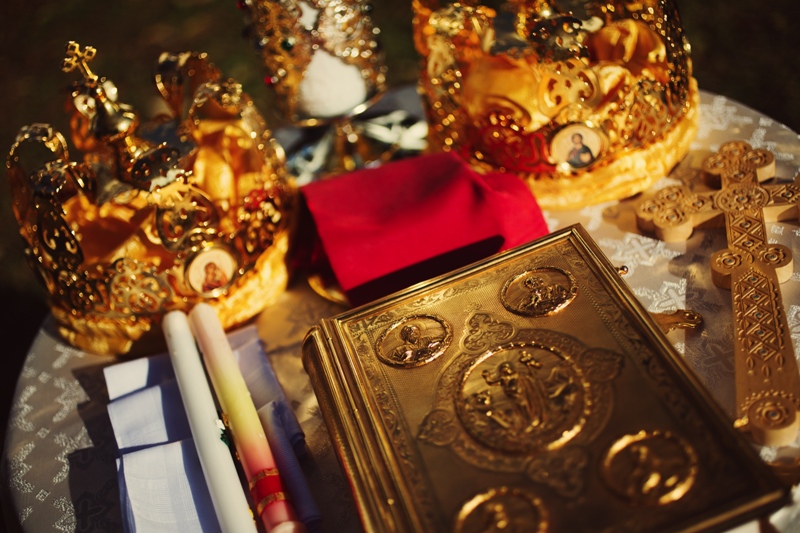 It is with profound sorrow and great concern for the future that we, the clergy of the Western American Diocese of the Russian Orthodox Church Outside Russia, with our Archpastor, the Most Reverend Kyrill, Archbishop of San Francisco and Western America, view the flagrant disregard for the laws of God and the state with the granting of what are purported to be licenses for marriage to persons of the same gender, and the performing of ceremonies which claim to establish a union that is marriage for these persons. We cannot condone or ignore the defiance of the law in San Francisco, or in municipalities in Oregon, Massachusetts, New York, and New Mexico; nor remain silent, and thereby give implicit consent to this practice.

It is the duty of the Church to direct Her children to obedience to the laws of the state when these do not conflict with the law of God. When the law of the state deviates from the way of righteousness appointed by God, the Church must call attention to the dangers such a departure presents. We are compelled to address our flocks concerning the nature of Holy Matrimony, otherwise known as marriage. We must obey God rather than men (Acts 5:29).

Holy Matrimony consists of the union of two persons into one, through the union of their souls and bodies, through mutual submission and obedience, and, most importantly, through the action of God’s grace. It is a holy mystery, a sacrament, an avenue of the Grace of God given to us not for the indulgence of our passions, but for the working out of our salvation. For this reason, it cannot be merely a social or civil contract entered into by two persons. Marriage is the God-ordained union of a man and a woman, for the purpose of creating a home, a “little Church,” in which the couple, and the children which are their progeny (being the product of the physical affection for one another), are able to work out their salvation. Marriage is a sacrament that is not created by the husband and wife out of their love for one another, or by their pledge of loyalty and mutual submission to one another; marriage is a mystery bestowed by God through the action of the Church upon those who are made one thereby. The estate of marriage cannot be established by human action alone: it must be bestowed by God alone. Nor can this (or any) grace be bestowed by the state, for it is the gift of God given within the confines of, and subject to the discipline of, the Holy Mother Church. Although the state chooses to recognize this union as beneficial to the stability of society and so bestows certain benefits under law through licensure of this action, marriage is not now, nor has it ever been, an action of the state. The sacrament of Marriage is a divine action subject only to the grace and will of God, which is expressed in the unbroken and pure tradition of the Orthodox Church.

In addition to the salvation of the souls of the husband and wife and of their children, the sacrament of marriage also serves as a guardian and standard of moral behavior. Any lustful activity outside of the bounds of sacramental marriage is damaging to the soul and creates a barrier between man and God. The sacrament defines the limits of physical and emotional intimacy between two persons. These limits include (but are not limited to) the fact that marital relations are only possible between a man and a woman, that the conception, bearing and raising of children is the natural and desired product of marital relations, and that such relations are only permitted within the sanctified bounds of marriage. Any type of intimacy outside of these boundaries is considered to be sinful and constitutes a barrier to the spiritual life and communion with God.

In the modern culture, much emphasis has been placed on the “culture of the flesh” and the eternal and spiritual nature of man has been minimized. Self- indulgence has become the primary value and is protected by our modern society under the pretext of individual “civil rights.” Personal gratification and fulfillment in this world has supplanted the spiritual striving for purity and holiness, which is the true source of joy. The love of God has been replaced by love of self. The desire of eternal bliss has been replaced by the desire for worldly bliss. The fear of eternal punishment has been replaced by the fear of worldly discomfort and condemnation. Man has supplanted God as the measure of all things.

It is said by some that there is no difference between the ban that once made interracial marriages illegal, and the prohibition now in law against allowing same-sex marriages. We do not accept that this is an issue of civil rights, or the protection of a minority. The decision by a state to extend the provisions of law covering civil marriage to include same-sex unions is irrelevant in God’s eyes. Within the Church, the mystery of Holy Matrimony is not a right; it is a calling, intended by God for a specific purpose, and not merely the fulfilling of earthly lusts, or the comfort of a life shared together. The argument that same-sex unions is “natural,” while apparently a powerful argument, ignores the truth that our human nature is fallen and corrupted by death, and driven to the satisfaction of the desires of the flesh. The expression of sexual desires without the blessing of the grace of God is not directed to a life that is natural, but is an extension of a death-directed existence. Only by striving to live the life of Jesus Christ, risen from the dead, can we begin to understand and achieve a life which is truly “natural.”

We, the clergy of the Western American Diocese of the Russian Orthodox Church Outside Russia, having concluded our conference with the celebration of the Presanctified Divine Liturgy of the Precious Body and Blood of our Lord Jesus Christ, in which we pray for the “purification of souls and bodies, and for the restraint of the passions,” reject and decry this erosion of eternal and spiritual values and truths. We affirm that the sacrament of marriage is only obtained from God and within the confines of the One, Holy, Catholic, and Apostolic Church. We affirm that this marriage is limited to the union of one man and one woman and that the conception, bearing and rearing of children is a normal and desired part of the marital union. We affirm that any other “marital” relationship, even though it may bear the sanction of the state or the society at large, cannot be considered marriage and that it is sinful and creates a barrier between God and man and frustrates the purpose of man to enter into union with God.

Therefore, brethren, stand fast and hold the traditions which ye have been taught, whether by word, or our epistle (2 Thessalonians 2:15).