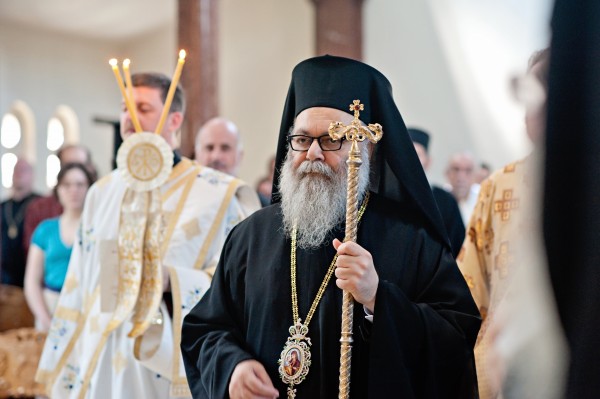 His visit to the beautiful campus included an extensive tour of the grounds, a service in the Holy Cross Chapel, and a luncheon. Patriarch John was hosted by His Eminence Archbishop Demetrios of the Greek Orthodox Archdiocese of America, and accompanied by His Eminence Metropolitan Joseph and other distinguished hierarchs, clergy, and lay leaders.

During the luncheon, several seminarian scholarships were announced, in honor of the Patriarch and Metropolitan Joseph, and in memory of Metropolitan Philip of Blessed Memory. His Beatitude was also presented with gifts, one of which was a hand painted icon of the Apostle Paul in honor of Patriarch John’s brother, Metropoltian Paul of Aleppo, whose whereabouts remain unknown following his abduction two years ago. 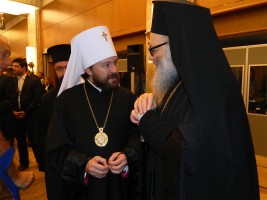 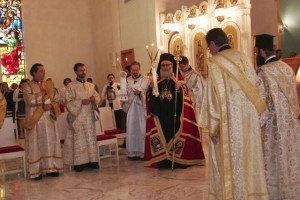 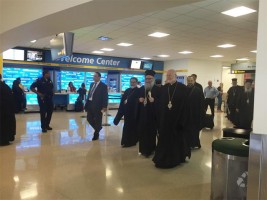