Source: Sputnik News
Natalya Mihailova | 13 February 2016
Patriarch Kirill and Pope Francis met in Havana, Cuba for a historic meeting between the two churches, pledging to come together for the future of Christianity. 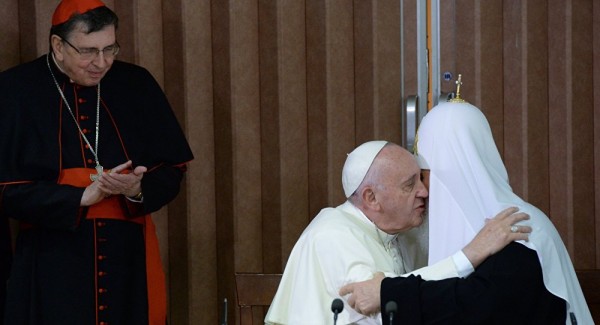 “We spent two hours in an open brotherly discussion, with full understanding of responsibility for our churches, for faithful people, for the future of Christianity and the future of the human civilization,” Patriarch Kirill said. “It was a very constructive conversation that helped us understand each other and get a sense of each other’s positions.”

Following the meeting, Pope Francis said Patriarch Kirill was open and in the spirit of unity. 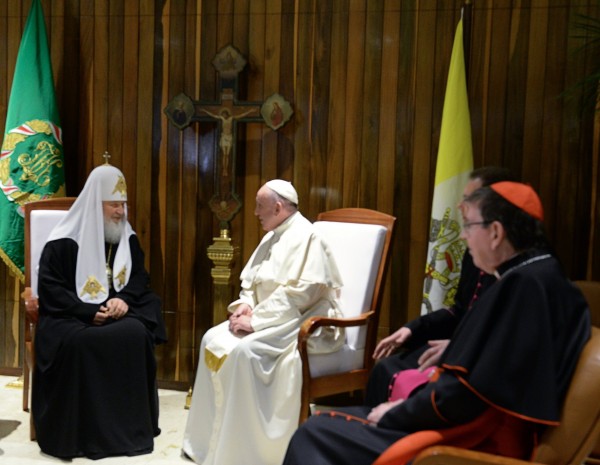 “We spoke as brothers, we have the same baptism, we are bishops, we spoke of our churches,” he said.

At the conclusion of their meeting, the two religious leaders signed a joint declaration which stated “We are not competitors but brothers, and this concept must guide our mutual actions as well as those directed to the outside world.”

The document also addressed the problems of capitalism. 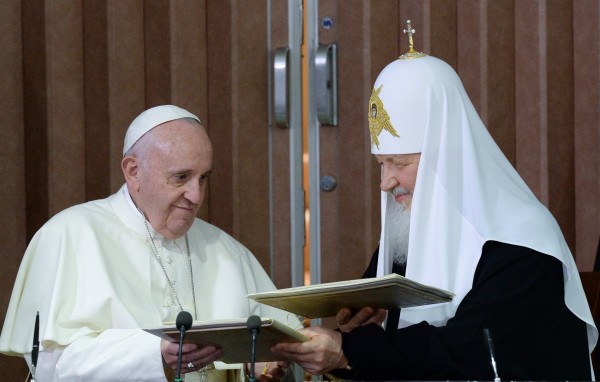 “The unrelenting consumerism of some more developed countries is gradually depleting the resources of our planet. The growing inequality in the distribution of material goods increases the feeling of the injustice of the international order that has emerged.”

Both leaders expressed their concern over the decreasing significance of the traditional family, and stated their positions on euthanasia and abortion.

“The emergence of so-called euthanasia leads elderly people and the disabled begin to feel that they are a burden on their families and on society in general,” the statement reads. “We call on all to respect the inalienable right to life. Millions are denied the very right to be born into the world.”

Patriarch Kirill and Pope Francis agreed that Europe should remain true to its Christian roots. 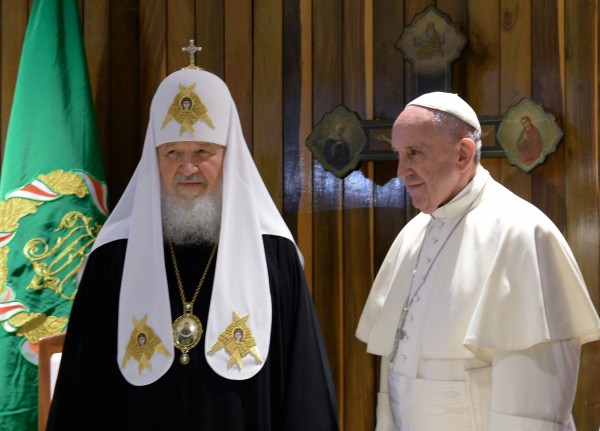 “While remaining open to the contribution of other religions to our civilization, it is our conviction that Europe must remain faithful to its Christian roots,” the document reads.

“In affirming the foremost value of religious freedom, we give thanks to God for the current unprecedented renewal of the Christian faith in Russia, as well as in many other countries of Eastern Europe, formerly dominated for decades by atheist regimes. Today, the chains of militant atheism have been broken and in many places Christians can now freely confess their faith.”

The document also addresses the crisis in Ukraine. 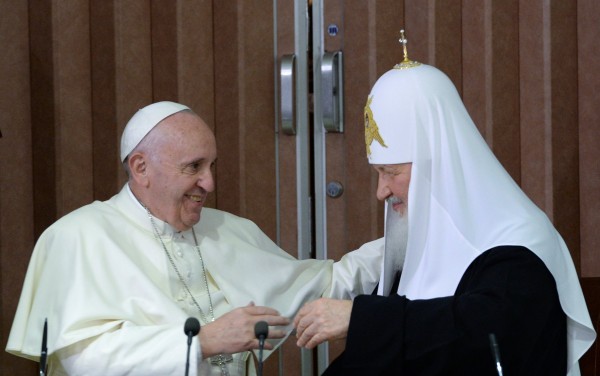 “We deplore the hostility in Ukraine that has already caused many victims, inflicted innumerable wounds on peaceful inhabitants and thrown society into a deep economic and humanitarian crisis. We invite all the parts involved in the conflict to show prudence, to show social solidarity and show action aimed at constructing peace.”

With the Syrian conflict threatening to push the world to the brink of war, the document calls on all Christians to pray for peace.

“We exhort all Christians and all believers of God to pray fervently to the providential Creator of the world to protect His creation from destruction and not permit a new world war.”

Friday’s meeting marks the first time that leaders of the Roman Catholic and Russian Orthodox churches have met in nearly 1,000 years. The two broke apart over theological differences in 1054, officially separating in 1438.