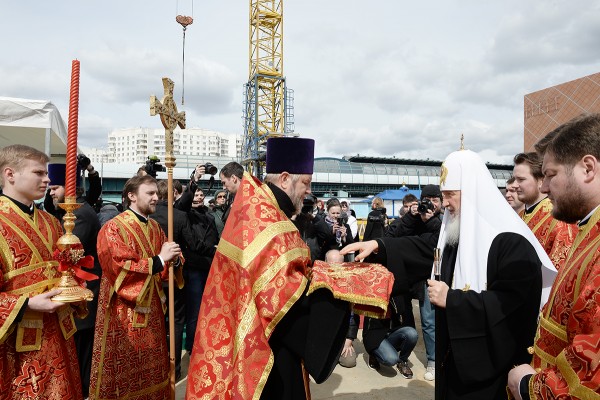 “Here, we will lift our special prayers for those officers of state security agencies, who perished when fulfilling their professional duties, perished in the time of peace, defending their Motherland,” the patriarch said at the ceremony.

He noted that St. Feodor Ushakov was an invincible warrior and the church is dedicated to him.

“He was ready to give his life for the Motherland, he wisely led his troops, ships of the Black Sea fleet, he won surprising victories and remained a saint person,” the primate stressed.