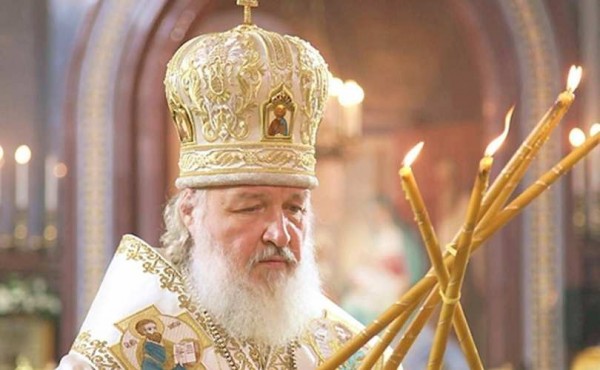 On 14th November 2019, while in Baku, His Holiness Patriarch Kirill of Moscow and All Russia visited the Cathedral of the Holy Myrrhbearing Women.

The Primate of the Russian Orthodox Church performed the Lesser Consecration of the cathedral which had undergone a large-scale restoration. Among those praying in the church were Metropolitan Pavel of Minsk and Zaslavl, Patriarchal Exarch for All Belarus; Metropolitan Hilarion of Volokolamsk, chairman of the Moscow Patriarchate’s Department for External Church Relations; Metropolitan Vikenty of Tashkent and Uzbekistan; Metropolitan Kirill of Yekaterinburg and Verkhoturye; Archbishop Alexander of Baku and Azerbaijan; clerics of the diocese; Archimandrite Philaret (Bulekov), DECR vice-chairman; and Archpriest Andrei Bondarenko, head of the Patriarchal Protocol Service.

Among those who attended the celebration were also Mr. Ya.A. Eyubov, First Deputy Prime Minister of the Republic of Azerbaijan; Mr. Vladimir Legoyda, chairman of the Synodal Department for Church’s Relations with Society and Mass Media; high-ranking diplomats from Azerbaijan, Austria, Belarus, Greece, Russian Federation, and Sweden; Mr. M.Yu. Zabelin, deputy of the Milli Majlis (Parliament) and chairman of the Russian community in Azerbaijan; Mr. V.P. Denisov, head of the Rossotrudnichestvo’s Representation in the Republic of Azerbaijan and head of the Russian Information and Cultural Centre; Ms. G.Ya. Manafova, director of the Russian Cultural Centre in Azerbaijan; and numerous Orthodox citizens of the city of Baku.

After the service His Holiness Patriarch Kirill delivered a Primatial homily, saying in particular:

“With a special feeling I have entered this renovated church. I used to visit it earlier, but back then its appearance was very different from what we can see today. Renovating churches, we not just cover walls with paint, not just restore icons – to some extent this work testifies to the renewal of our faith. When building and restoring churches we provide our material funds and our energy. All this is our sacrifice to the Lord – that is how we need to regard all the labours which we bring to the church altar.”

His Holiness cordially thanked Archbishop Alexander of Baku and Azerbaijan, the clergy and parishioners for their firmness in faith, labours and prayers that help “preserve Orthodoxy in this ancient land.”

The awards of the Russian Orthodox Church were presented to those who had zealously worked for the good of the Church.